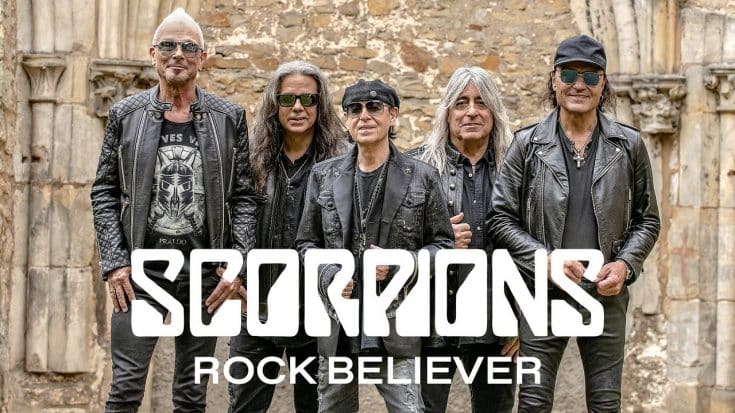 The Scorpions have recently released a lyric video for “The Language Of My Heart,” the bonus track on the French edition of their latest album, Rock Believer.

Scorpions recently scored a US Top 5 debut with Rock Believer, which marks as the group’s highest-charting effort ever on the 30-year-old Billboard Top Albums chart.

“Music is and has always been our favorite language.

“France, get your limited vinyl now with our new song ‘The Language Of My Heart’! Rock Believers, you can stream our new song now everywhere.”

The bonus track came out the same day Scorpions return to the stage on a May 17 show in Paris as part of their European tour. However, the first three concerts in the series were postponed this week after guitarist Matthias Jabs suffered an injury, although no further details were provided yet.

Scorpions will return to North America on the Rock Believer World Tour with special guests Whitesnake on their Farewell Tour. The two-month long run of dates kicks off on August 14 in Toronto with additional concerts in Los Angeles, Detroit, Chicago, Dallas and Denver, amongst others. In addition to Whitesnake, Swedish band Thundermother will be joining the tour as well.

Stream the lyric video for “The Language Of My Heart” below.