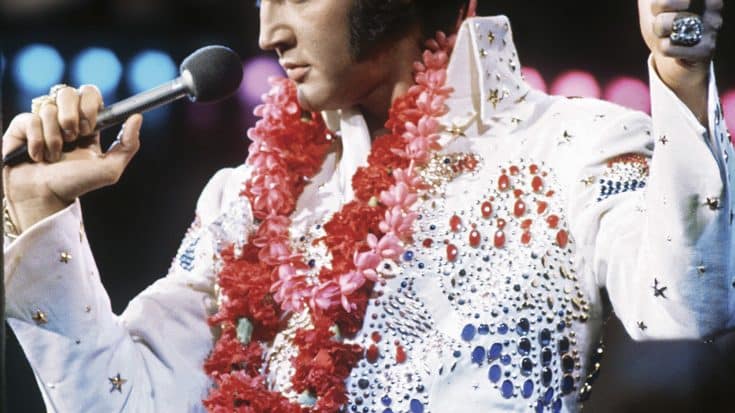 After the late and great Elvis Presley‘s passing, many urban legends have surfaced regarding his death and way of life.

However, there’s one truth that came out in all the rumors. It has been reported that the last book Presley got to read prior to his death in 1977 was The Scientific Search for the Face of Jesus by Frank O. Adams.

It happened during the time the King of Rock and Roll was set to fly out of Memphis to begin another tour, until he decided to use the bathroom and took a book to read. Around lunchtime, the singer give in to a fatal heart attack and collapsed on the floor dead at only age 42.

His former fiancé Ginger Alden found his body. Presley was a devout Christian and had been fascinated with religion and spirituality and would spend hours talking about books on such topics. Gospel music was an early influence on his work. According to reports, he was baptized twice during his lifetime and a third time posthumously.

The book he was able to read for the last time was published in 1972 and focused on the Shroud of Turin, which some people believe to be the burial cloth that Jesus Christ was wrapped in after his crucifixion. It originated from 14th-century reports that the bloodstains on the fabric seem to show the image of a man, and his wounds are in the same place as those Jesus received in the biblical account of the crucifixion.

The author has gone on to have a bigger association with Presley than it does with any breakthroughs concerning the book. Some listings of it include the details about the book’s connection to the icon before even mentioning what it’s about.