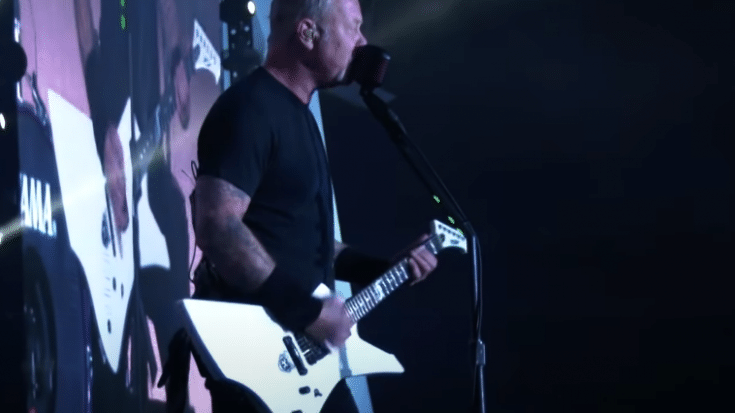 The video performance was shot on May 7 during Metallica’s concert at Estádio Couto Pereira in Curitiba, Brazil as the band’s fourth stop on their South American tour which kicked off on April 27 in Santiago, Chile. The six-concert series wrapped up in Belo Horizonte on May 12.

Metallica originally featured their rendition of “Whiskey In The Jar” on their 1998 compilation of covers album Garage Inc. The band was inspired to record their own based on Thin Lizzy’s 1972 popular version.

The group will be seen next performing at Major League Baseball’s San Francisco Giants’ 8th annual Metallica Night at AT&T Park on May 24 before playing two US events at the Bottlerock in Napa Valley, CA on May 27 and Boston Calling on May 29. They also have a number of European dates scheduled for June and July.

Watch their recent live performance of “Whiskey In The Jar” below.