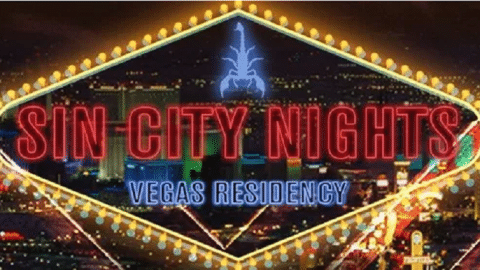 In a press release, singer Klaus Meine said: “We are very excited to come back to Vegas in July 2020 for a nine-show residency at Planet Hollywood Resort and Casino’s Zappos Theater. We’re looking very much forward to share some wild ‘Sin City Nights’ with all of you on the famous Strip. … Let’s get ready for the Sting!!!!”

Tickets go on sale to the general public this January 24 but Scorpions Rock Zone club members will have exclusive access on January 17.

This isn’t their first Las Vegas stint because back in 2016, they had a five-night run. Guitarist Mathias Jabs initially spoke about their residency in December when he said, “The plan is to record until the first of July, where we have a residency in Las Vegas for a whole month. And then, during that time, we can either do the final touch-ups or mix. And then the album should come out in the fall of 2020. And then, of course, we go on the road again.”