Sammy Hagar Says Van Halen Reunion Is ‘Lurking In The Woods’ – Does He Know Something We Don’t? 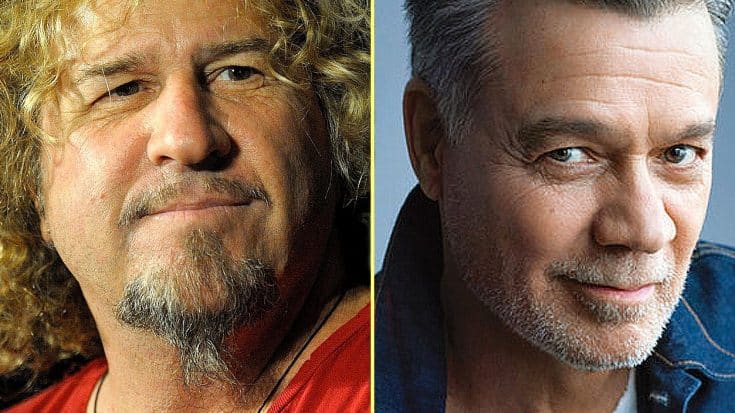 Hagar Hints At All But Inevitable Reunion

Former Van Halen singer Sammy Hagar is ready to bury the hatchet with Van Halen brothers Eddie and Alex – and he thinks the feeling is mutual, as evidenced by an interview in which the 69-year-old rocker suggests a reunion is “lurking in the woods”. Hagar, who insists that he’d only consider a reunion of sorts if David Lee Roth and former bassist Michael Anthony are involved, told The San Francisco Chronicle that he feels “there’s a sniper out there — any minute the bullet is going to come flying in that says ‘VH’ on it, ‘You’re it!’ We’ll see what happens,” admitting that he doesn’t quite “understand” Eddie and Alex Van Halen after all these years, despite once being friends and bandmates.

Could it work? Sure – anything is possible. Hagar seems committed to making his idea of a Van Halen reunion centered around including both himself and David Lee Roth sharing vocal duties work, but interestingly enough, a March interview at SXSW revealed that someone has been telling Sammy that a call from the Van Halens isn’t a matter of if, but when.

At the end of the day, the only ones who know if they’re really ready to pick up the phone are of course, Eddie and Alex Van Halen; for Hagar, the possibility of reuniting with his former bandmates isn’t about the music – it’s about healing some deep wounds before it’s too late.

“The last thing I want to do is all of a sudden, you know, find out you’re sick or something and then realize you have these enemies, this bad blood. You don’t want to take it to your grave.”