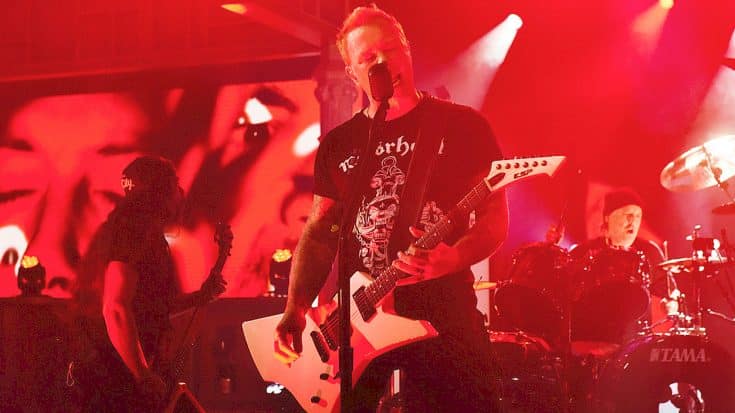 It was last year that the legendary metal band known as Metallica released their latest album Hardwired… to Self-Destruct and as you could imagine, it is awesome. The album is definitely a throwback to their original thrash sound that made them big in the first place.

Since the album’s release, the band has been busier than ever. Whether it’s concerts, TV and/or radio appearances, they’ve been all over the place.

The band even went as far as to make a music video for ALL 12 songs on the album.

That’s crazy! Then again, Metallica are work horses, no doubt. And speaking of TV appearances…

Metallica crashed The Late Show with Stephen Colbert to perform one of the songs off of the album called Now That We’re Dead. Everyone in the crowd was engaged from start to finish with the band’s amazingly ripping performance of this song, and it’s easy to see why!