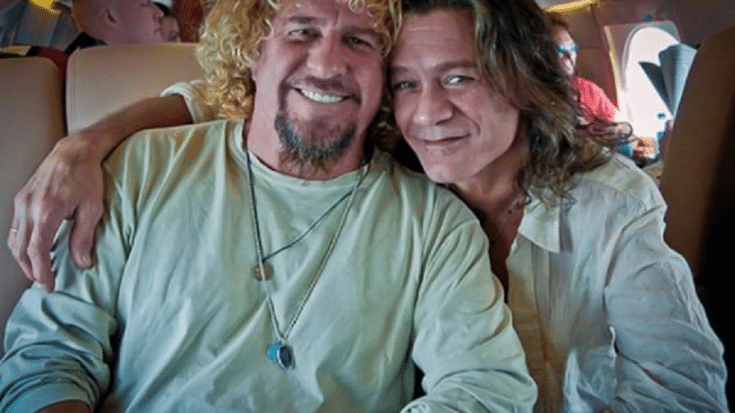 They Don’t Have That Much Unreleased Material

Sammy Hagar was recently interviewed by UCR, and he said that although there are “a few jams” in Van Halen’s vault, there’s “not that much” unreleased material from his time with the band.

“There’s maybe a few more there,” he noted. “There were two songs that we actually finished, 90% finished, that we never got mixed, and they never made a record. One was from Balance, and the other one was from OU812.”

In another interview with The Washington Post, Hagar recalled the first time he met late guitar legend Eddie Van Halen.

“From the second I walked in the studio – I got there around noon, they had been up all night working on a couple of songs on the ‘5150’ record when I came to see if I wanted to be in the band,” Hagar reminisced. “It wasn’t like an audition, Eddie [Van Halen] asked me to come down and jam and I said, ‘Sure.’ I mean, who’s gonna refuse to jam with Eddie Van Halen, right? So, I came down, I just got off tour, three or four days before that, 130 shows.”

“Eddie’s music was so powerful that when he would play me a song for the first time,” he added, “it would go right to the heart, right to the brain, and I could sing a melody. I would just go home and write lyrics.”