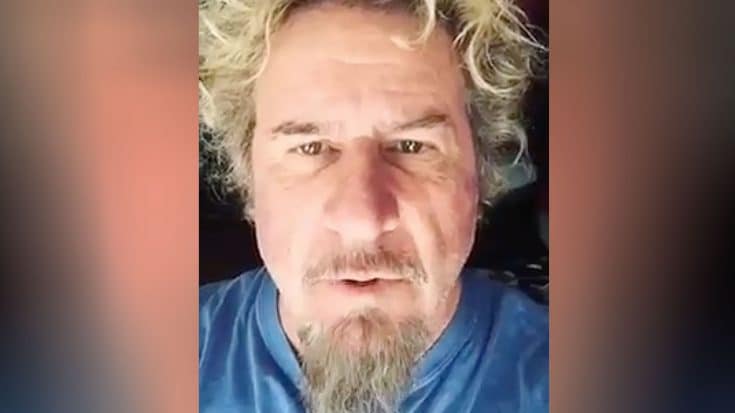 Sammy Hagar guested in the Trunk Nation With Eddie Trunk, wherein he talked about the Eddie Van Halen tribute show and the issues surrounding it. He also revealed that Eddie’s brother and drummer Alex won’t return his phone calls or emails.

Since Eddie’s passing in October 2020, many supporters are expecting a tribute show for the late guitarist. There have been rumors spreading that a potential lineup for an Eddie Van Halen tribute would have joined bassist Jason Newsted, guitarist Joe Satriani with Alex, and singer David Lee Roth. However, Hagar clarified it by saying:

“As far as I know, there has been nothing.”

Even though the singer has been previously contacted by Van Halen’s manager, Irving Azoff, offering an opportunity to perform with Alex, bassist Michael Anthony and a “superstar” player, Hagar believes that it is not Van Halen, saying:

“There is no Van Halen; I don’t care what anyone says. Wolfie is Van Halen, okay? And he doesn’t want to be the Van Halen copy band. I don’t blame him; he’s doing a great job on his own stuff, and it’s very cool when he jams a little bit here and there. He’s Van Halen, and if he wanted to play guitar with Al and Mikey, and myself, I would love to do that. That would be just one time for the big time. Not like, ‘Okay, let’s go out and tour the world and make records.’ No, no, no, no.”

He noted an event similar to the Taylor Hawkins tribute “would be fantastic.” When Hagar was asked if Roth is responsible for holding things up, the singer answered:

Hagar also clarified that he is not trying to start a feud, he just wanted to point out the attitude of Alex. He said:

“He is tough to [break] down and to let go. Nope — he’s holding on to something. And I just wish he wasn’t like that. I love the guy.

“Like I’ve said a million times, Alex and I actually got along better than Ed and I at times. Through the hard times, Alex and I still got along. But I don’t know what happened. Somebody poisoned him. Somebody told him something. Maybe he still doesn’t like my book, which was the most honest thing I’ve ever done in my life. Some people just don’t think that that should have been done.”