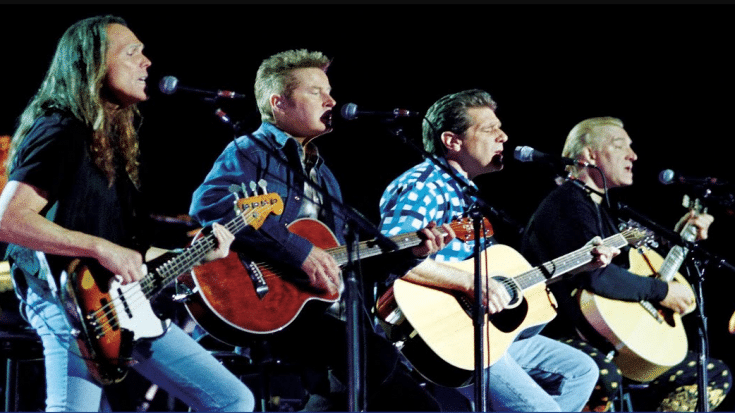 The three men who were accused of attempting to sell stolen Eagles lyrics attended a court hearing last Friday.

The Rock & Roll Hall of Fame curator Craig Inciardi, book trader Glenn Horowitz, and rock auctioneer Edward Kosinski attended the court hearing. During the hearing, arguments coming from each of their lawyers were heard by Judge Curtis Farber, who set a date for a final decision to be made on Jan. 13.

Following the story, these three were charged with a case last July for attempting to sell approximately 100 pages of Don Henley’s handwritten notes and lyrics, including various songs from the band’s 1976 album, Hotel California. According to court documents, it was in the late ’70s when the lyrics were stolen by Ed Sanders, who had been hired by the band to write their biography.

Sanders then sold the papers to Horowitz in 2005. Then Horowitz sold them to Inciardi and Kosinski. In 2016, when Henley was made aware that Inciardi and Kosinski were attempting to sell portions of the pages to an auction house, he filed reports and demanded the documents be returned to him.

“These defendants attempted to keep and sell these unique and valuable manuscripts, despite knowing they had no right to do so.

“They made up stories about the origin of the documents and their right to possess them so they could turn a profit.” (The documents are estimated to be worth over $1 million.)

Meanwhile, Kosinski’s attorney, Antonia Marie Apps, failed to follow some procedures throughout the investigation, she said:

The attorney also reiterated that the Eagles signed a 1979 contract that says that the band is allowing some “furnish” material to Sanders for the book, which was never published. Apps said:

“Artists frequently give away their lyrics.

“And years later seek to recover those lyrics.”

Horowitz’s attorney, Jonathan Bach, on the other hand, described the argument as “fallacious” and that “prosecutors and courts have to be careful with conspiracy.” Bach added that there was not sufficient evidence provided to prove his client had “attempted to get his hands on something and failed.” He concluded:

“It’s clever what they did.

“But they don’t have the evidence.”

Inciardi is one of Rock Hall’s longest-tenured employees, he has worked with the organization since its opening in 1995. He has been involved in the planning and execution of various recent exhibits and projects, including The Beatles: Get Back to Let It Be, which opened in March.

Currently, the organization decided to place him on leave. The Rock Hall President and CEO Joel Peresman said in a statement:

“At this time we do not know whether Craig engaged in any wrongdoing. He will remain on leave pending the resolution of the third-party internal investigation and the extent of the charges once the indictment is unsealed.”