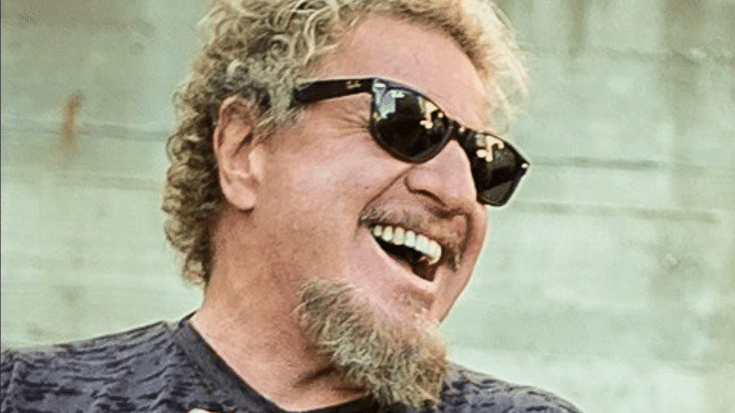 “I have a great deal of respect for Mark Davis and it’s incredible what he and the team have brought to Las Vegas, which is like a second home to me,” Hagar said in a statement announcing the performance. “I’m also excited to be there for a game that’s honoring the military. I’ve done some cool things in my life, and this is up there.”

“I just think that this town is really valuable in a lot of different ways,” he shared before taking the stage. “It’s a place where I can say, ‘I’m going to play here for a month,’ to my fans, and I guarantee you, you’ll have a good time.”

Hagar and The Circle guitarist Vic Johnson were joined by the Raiders House Band. They powered through “There’s Only One Way to Rock” and “Right Now.”

“It was like firing a bow an arrow, bam, man!” Hagar said after his explosive performance. “It felt like it lasted three seconds. I feel good about it. Now, I have to sit down and figure out what happened. Did I just do that?”

At the end of Hagar’s two-song medley, he was (as expected) mobbed by fans.