Rush Opens Up About Neil Peart’s Courageous Battle Against Cancer 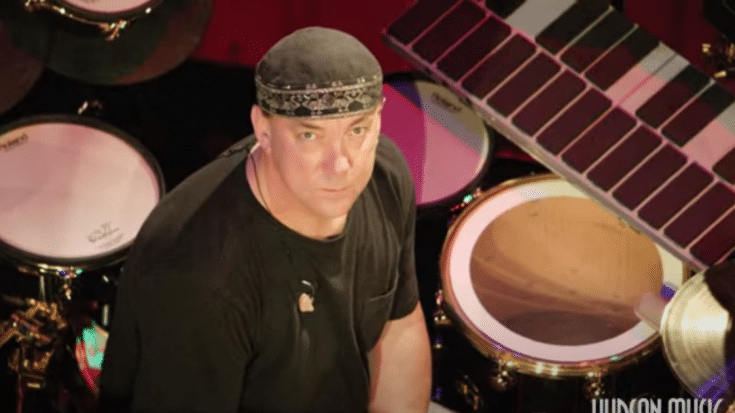 He Requested His Bandmates Not To Tell Anyone

Rush drummer and virtuoso Neil Peart passed away a year ago, shocking the entire world with the heartbreaking news. And now, his surviving bandmates and widow spoke to Rolling Stone magazine and shared his cancer battle for the first time.

Only ten months after his retirement, Peart started to feel that something’s off. More than drumming duties, he was also Rush’s primary lyricist and he authored several fiction and nonfiction books. When he’s not rehearsing or reading, he’s writing – from journals and essays to long emails, it was something he enjoyed and what he planned on doing after finally retiring.

Peart’s wife of two decades Carrie Nuttall said, “He was living his life exactly the way he wanted for the first time in decades, probably. It was a very sweet, content time … and then the gods, or whatever you want to call it, snatched it all away.”

Since he was young, Peart made it a habit of doing the New York Times Sunday crossword puzzle but in June 2016, he struggled with it and according to their longtime manager Ray Danniels, “couldn’t figure it out.” Two months later, he began “making mistakes with his words.” So he visited a doctor and following an MRI, he underwent a surgical operation. That’s when he received his glioblastoma diagnosis which is the most aggressive form of cancer.

Prior to Peart’s surgery, guitarist Alex Lifeson was shocked to receive a FaceTime call. He recalled, “It was so unusual to get a call from him, because he was never comfortable on the phone. You’d get these beautiful emails from him. But he wasn’t that crazy about talking to anybody. I was in shock. But I could tell there was something weird. I thought maybe it was a difficulty with a connection or something. But he just didn’t seem like he normally was. And I kept thinking about it afterwards.”

And after a few weeks, he told his bandmates the news via an email. Bassist Geddy Lee remembered that “He basically blurted it out. ‘I have a brain tumor. I’m not joking.’”

In Peart’s case, it was not treatable.

Lee noted, “Three and a half years later, he was still having a smoke on the porch. So he said a big ‘Fuck you’ to the Big C as long as he could.”

It was a lengthy battle with cancer but Peart fought hard. And he wanted to keep his health problems private – only his family and his closest friends knew. Lifeson admitted, “Neil asked us not to discuss it with anyone. He just wanted to be in control of it. The last thing in the world he would want is people sitting on his sidewalk or driveway singing ‘Closer to the Heart’ or something. That was a great fear of his. He didn’t want that attention at all. And it was definitely difficult to lie to people or to sidestep or deflect somehow. It was really difficult.”

Lee added, “He didn’t want to waste his remaining time talking about shit like that. He wanted to have fun with us. And he wanted to talk about real things right up to the very end.”