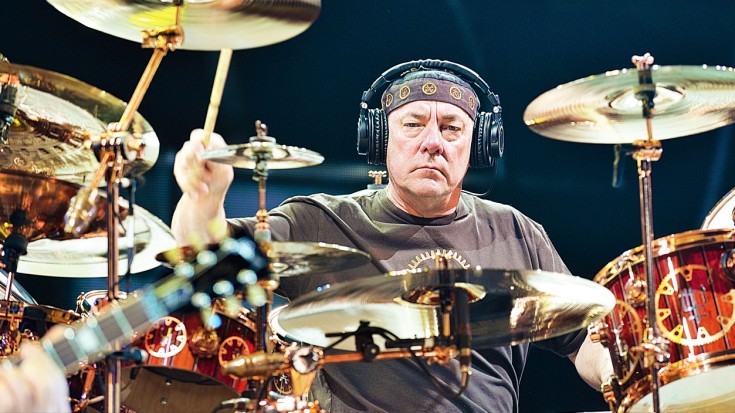 When it was announced earlier this month that Rush drummer Neil Peart was officially retiring from touring and thus leaving the fate of the band “up in the air,” fans across the world mourned, and for good reason; Peart is one of the most beloved figures in the rock drum pantheon, second only to the likes of John Bonham and Keith Moon with an incredibly precise and incredibly distinct drumming style that’s often imitated by modern prog rock drummers and very rarely duplicated. If “Fool In The Rain” was Bonham’s biggest gift to the drumming world, then Rush’s “Tom Sawyer” is Peart’s and to fully understand the power in his playing, you’ve absolutely got to hear his isolated studio track for the classic!

Fun Fact: “Tom Sawyer” is one of Rush’s best-known songs and a staple of Rush’s live performances, having been played on every concert tour since its release.

It sounds easy when your ears don’t have to compete with Geddy Lee and Alex Lifeson’s guitar, bass, and vocals washing out Neil’s drums, but don’t let it fool you – since the song’s release in 1981, drummers have sought to crack the code that would unlock all of Peart’s secrets on this classic. From the way his snare is tuned to the song’s various fills and even the way Neil holds notes on his cymbals, this isolated “Tom Sawyer” audio will absolutely blow you away, and even leave a few drummers out there hitting the skins tonight for their own take on it!