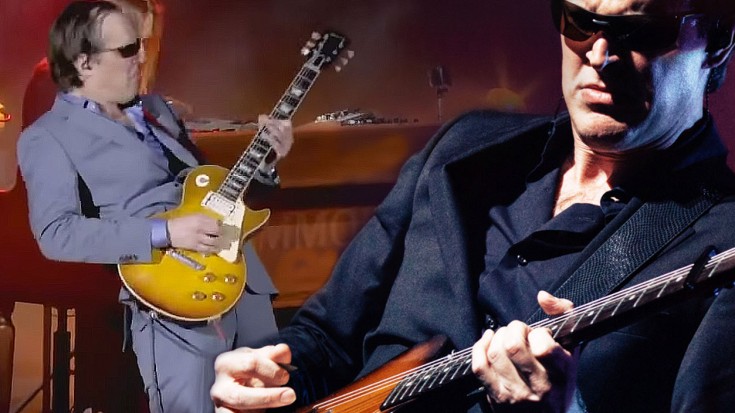 The Next Great Guitar Hero

At 38, Joe Bonamassa is one of the most highly talked about guitarists in the blues world. His unique approach to guitar playing is the result of years of being inspired by everyone from Steve Vai to Stevie Ray Vaughan, and it’s in this performance that those influences are allowed to come out and play! In 2013, Bonamassa played at the Hammersmith Ballroom and as an added treated, performed a killer medley that featured ZZ Top’s ‘Just Got Paid’ fused with Led Zeppelin’s ‘Dazed and Confused’, a great little tribute to the guitar work of Billy Gibbons and Jimmy Page respectively.

Fun Fact: Joe Bonamassa has been playing the guitar since age 4, and grew up playing along to Eric Clapton and Jeff Beck albums.

What I love about this performance the most is the fact that Bonamassa doesn’t look like your average rockstar; taking the stage in a suit, the only rockstar thing about him are the sunglasses he wears. Beyond that, Bonamassa is just a normal guy who just really, really loves playing the guitar and happens to be awesome at it.

The fact that someone so talented is able to have such a fantastic time onstage is what sells this killer performance – but of course, Bonamassa’s unique take on these ZZ Top and Led Zeppelin classics is what’s going to hold your attention!