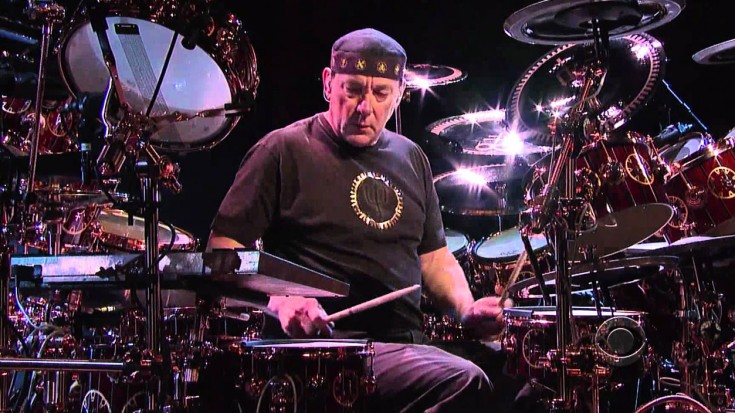 We knew Rush drummer Neil Peart was and is one of the most celebrated drummers in rock. We knew that he does things behind a drum kit that has to be illegal in at least three states and we knew he was an absolute machine – but not even we were ready for this! In 2011, Neil stopped by the Late Show with David Letterman to celebrate ‘Drum Solo Week’ where the drummer affectionately known as ‘The Professor’ blew everyone out of the water with a 6 minute drum solo. One of our favorite moments in his career, Peart later laughed that the solo was actually edited –  he actually forced himself to scale it back! He also says that editing down something so natural to him wasn’t an easy task:

“My regular live drum solo is about eight and a half minutes, so I decided I’d have to do a mental edit,” Peart told musicradar.com before the late-night TV gig.

“At the rehearsal, during my first attempt, I had it down to about four minutes and 50 seconds, and the producers were giving me these worrisome looks.”

That’s okay, Neil – any time we get to see you work your magic behind the kit is a good day for all. Check out Neil’s brief late night TV stint in the footage below and join us in wondering just how he does it!