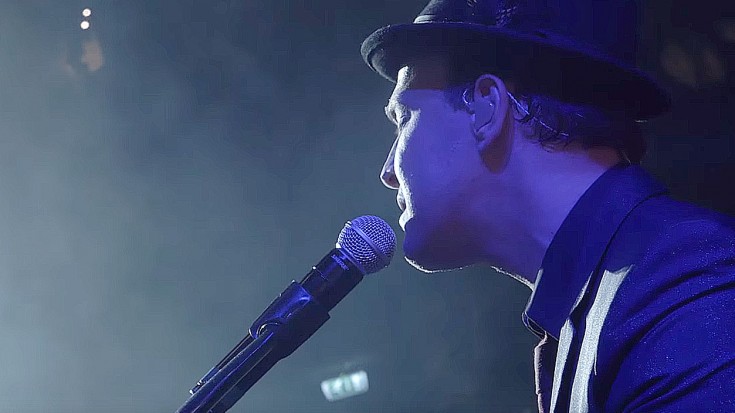 For performers, the challenge isn’t necessarily always to keep creating, creating, creating; sometimes, the challenge lies within finding new and brilliant ways to share your gift with the world, and in 2015 that’s exactly what we saw from platinum selling artist Gavin DeGraw! For the first time, fans saw DeGraw hit the road last fall for his critically acclaimed European Acoustic tour where armed with only his voice, piano, and the help of faithful accompanists Michael Baker and Billy Norris, he brought some of his most loved classics to his fans in a brand new way.

With sets that featured classics like “Chariot” and “I Don’t Want To Be” from 2003’s breakout album Chariot, it was the piano driven “Spell It Out” that left the audience breathless and marveling at the power of Gavin’s gift.

Fun Fact: To date, Gavin has sold more than one million records worldwide.

The closing track to 2011’s Sweeter, “Spell It Out” is a stunning, emotionally charged track about a man in love and while desperately afraid of the way he feels, is even more so at the thought of losing what he’s finally found; performed live in Norway, Gavin’s energy is electric and almost overwhelming as he leaves the audience at a loss for words with his passion and intensity.

If an artist’s challenge is to find new ways to share their gift with the world, then Gavin DeGraw succeeds in spades and brings new meaning to the word “showmanship” for a performance you’ll want to watch over and over again!