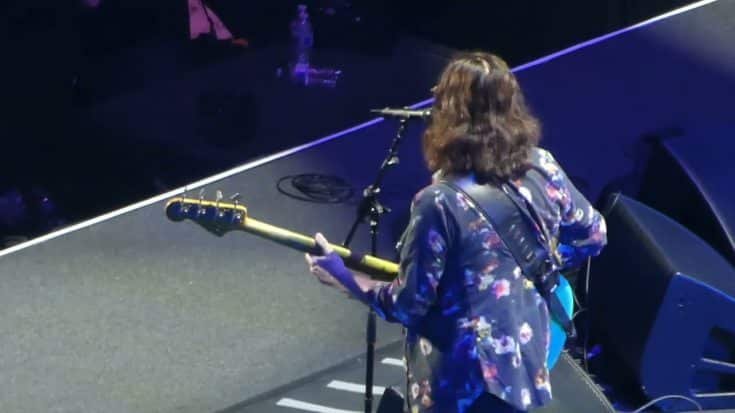 On September 27, the second part of the tribute concert for the late Foo Fighters drummer Taylor Hawkins took place in Los Angeles. Following the first part in London, big names in the music scene came together to pay tribute to the late drummer.

Hawkins passed away in his hotel room in Colombia on March 25 at the age of 50 at the time the Foos was playing dates for their South America tour. No cause of death has been reported until to date.

Not all performers who were present during the London show performed again in Los Angeles. Although some were announced, a new set of artists was included in the LA list. There were only less than a half of those in London came to perform for the second time in LA, which includes former Rush members, Geddy Lee and Alex Lifeson.

They reunited onstage for the second time to pay tribute to Hawkins. The two were introduced by Jack Black, then eventually was joined by Dave Grohl on drums and producer Greg Kurstin on keyboards. A 1976 classic “2112 Part I: Overture” then started playing. After that, they were joined by Red Hot Chili Peppers’ drummer Chad Smith, who took Grohl’s place behind the drum kit for the 1974 fan favorite, “Working Man.”

It was followed by a moment wherein Lee shared a personal story about Hawkins, saying:

“I’d just like to cast back to a moment in time, 2008, when we were contacted by the Foo Fighters to see if we would go down to the Air Canada Centre in Toronto and play Taylor Hawkins favorite song with him onstage. That was the beginning of quite a beautiful friendship. So in honor of that and in honor of our own lost brother (Neil Peart), we’d like to bring out Danny Carey to play ‘YYZ’.”

The last time the Rush trio played altogether was in Los Angeles in 2015. Peart passed away in 2020 after a three-and-a-half year battle with Glioblastoma.

Watch their fan-filmed performances below.