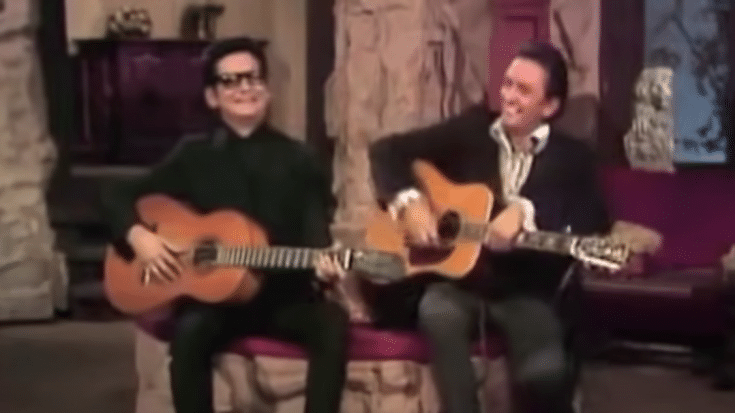 Roy Orbison and Johnny Cash were longtime friends and in a 1969 episode of The Johnny Cash Show, they talked for a bit and performed an Orbison classic – “Oh, Pretty Woman”. Orbison told Cash, “You said if I lowered my voice and changed my name I might make it.” After this guesting, they joined forces again for several other events and TV appearances.

The pair met in 1955 and Cash appeared on Orbison’s show. They were both under Sun Records in Memphis and for a time, they were also neighbors.

Roy Orbison recorded and released “Oh, Pretty Woman” in 1964. It dominated the US Billboard Hot 100 and stayed in that spot for three weeks. It became one of his best-selling singles with sales of over seven million copies worldwide. Just a few months after its release, it was certified gold by the RIAA. It became his final big hit.

Orbison explained to NME, “It’s quite complicated, but it’s probably in the presentation, or if I’m really singing like I know I can and I’m doing the job that I should be doing, then it could be that the voice quality in parts has a melancholy something.”