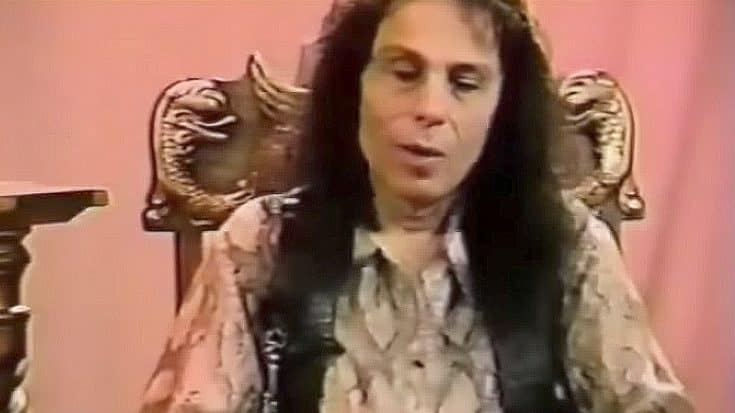 Ronnie Explains It All

Despite being one of heavy metal’s fiercest entertainers and most loved figures, late legend Ronnie James Dio was as nice as they came – funny, insightful, always gracious towards fans and interviewers but always honest to a fault, Dio was always game to sit and chat about the things that mattered. In 1994, he sat down with magazine and newspaper editor Joan Agajanian Quinn for a lengthy interview in which no topic was untouchable; from religion to the problems of the world, Dio was an open book.

There was one segment, however, that sailed right on into legend; at one point, he’s asked by Joan to explain heavy metal, a question would have earned her an eye roll or a sarcastic reply from anyone else, but not Ronnie – not by a long shot.

Fun Fact: Long before he ruled over heavy metal, Dio was quite the doo-wop singer, fronting a group called Ronnie Dio and the Red Caps.

Self-effacing and insightful as always, Dio gives her a lengthy response that delves into the history of metal, wrapping its origins and inspiration and effect on people into a beautifully easy to understand package for Joan, patiently answering follow-up questions like, “Does it have to use certain instruments? Does that make it louder?” that many others might have found a little silly. Always a joy to sit and listen to Ronnie talk about his passion with others, this interview is one of the coolest things we’ve stumbled across in a while and we’re sure it’s something you’ll dig quite a bit, too. Enjoy!