21 Years Ago, Prince Honored Bonnie Raitt With This Sexy, Smoldering Cover Of “I Can’t Make You Love Me” 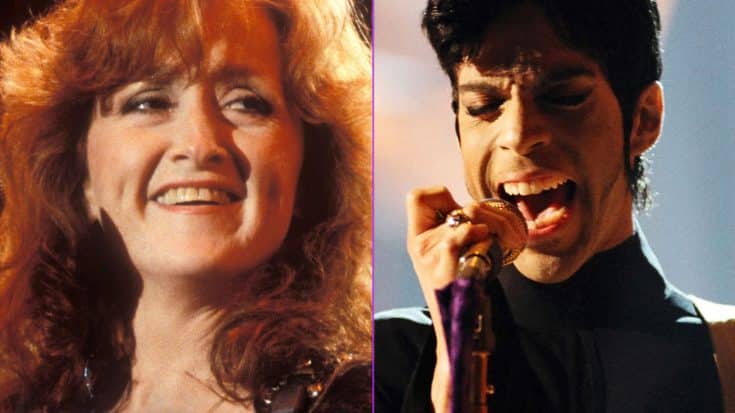 In 1986, Bonnie Raitt found herself working with Prince at his Paisley Park estate on a round of songs. Though the songs were never released, she and Prince stayed in touch for years after the fact, Bonnie lauding him as being “a lot of fun. He couldn’t have been nicer” and Prince showing both his gratitude and respect for her craft with a tribute on his 1996 album, Emancipation.

Fun Fact: The idea for “I Can’t Make You Love Me” came to songwriter Mike Reid while reading an article about a man arrested for getting drunk and shooting at his girlfriend’s car.

An album that found Prince exploring some of the Philly soul influences he’d always loved with covers of The Stylistics’ “Betcha By Golly Wow” and The Delfonics’ “La La Means I Love You,” Emancipation’s crown jewel proved to be his take on Raitt’s 1991 mega hit “I Can’t Make You Love Me” – the heartache anthem became “Eye Can’t Make U Love Me,” a smoldering, sexy take on the original that while sparse in terms of arrangement received a whole lotta soul.

The cover earned high praise from Bonnie who called his version “very beautiful,” but raised the eyebrows of producer Don Was who heard “Eye Can’t Make U Love Me” and was disappointed with a particularly sexualized part of the song, noting that Prince had “no idea what the song is about”. All in all, this cover isn’t perfect but damn if it isn’t still really, really good. Check it out in the audio below and as always, let us know what you think!