Roger Waters Gets Into Heated Argument About Politics and War 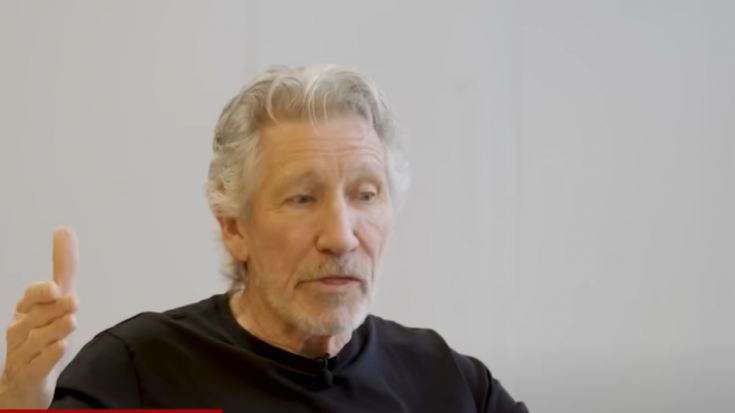 Pink Floyd’s co-founder Roger Waters talked about politics and explained the warning he tells the crowd at the start of his This is Not a Drill shows. But the interview turned into a debate between the rocker and CNN’s Michael Smerconish.

It started with Waters explaining the introductions he does on his current tour, where he tells the audience:

“If you’re one of those ‘I love Pink Floyd but I can’t stand Roger’s politics’ people, you might do well to fuck off to the bar right now.”

When asked if he really wanted people to leave the show, Waters replied:

“You never know; those people, if they sit in a community like my audiences… there is such a great feeling of communication in that room between me and the audience, and between us combined with all our brothers and sisters all over the rest of the world.”

“If This is Not a Drill has a message, it is that we have to communicate, one with the other.”

Smerconish then said he doesn’t always agree with the musician’s messages. It led to Waters labeling U.S. President Joe Biden a “criminal” for failing to prevent the Ukraine invasion from taking place, saying:

“This war is basically about the action and reaction of NATO pushing right up to the Russian border – which they promised they wouldn’t do when Gorbachev negotiated the withdrawal of the U.S.S.R. from the whole of Eastern Europe.”

And when Smerconish argued that the U.S. had a role as “liberators,” Waters responded:

“You have no role as liberators… you got into World War II [because of] Pearl Harbor. You were completely isolationist until that sad, that devastating, awful day. … Thank God the Russians had already won the bloody war, almost, by then. Don’t forget 23 million Russians died protecting you and me from the Nazi menace.”

Waters then compared the current East European conflict to the example of the Chinese putting nuclear armed missiles into Mexico and Canada. But Smerconish countered his comparison saying that the Chinese are busy with Taiwan, which Waters argues:

Closing the interview, the two ended with a handshake as Waters laughed:

Meanwhile, This is Not a Drill tour runs until Oct. 15. Watch the full interview below.