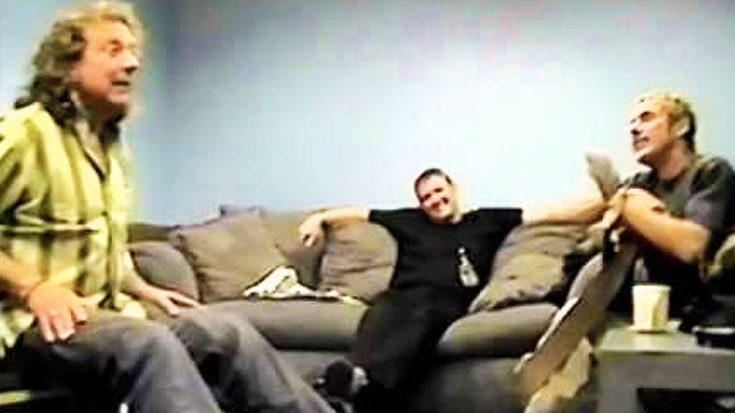 During The Who’s Tour back in 2002, Robert Plant from Led Zeppelin paid a visit to his friend Roger Daltrey. The two iconic frontman have been friends for a long time, and decided to catch up with each other backstage before the show. While they were hanging out, Roger handed Robert a guitar and everyone in the room immediately took out a camera and began to film!

Robert begins to play the guitar, and strum along and joke with Daltrey about stories from their youth. Although Robert doesn’t play much this clip does bring up a glaring question: Does Robert Plant actually know how to play the guitar?

After scouring clips on the internet of Robert Plant, we have found only a handful of videos of him playing the guitar. In the ones that we’ve found, Robert only strums and barely plays anything noteworthy. We’re not saying Robert is incompetent when it comes to playing the guitar, we just wonder how much he actually knows. Very interesting topic that would be worthwhile to research.

Check out the clip down below and see for yourself.