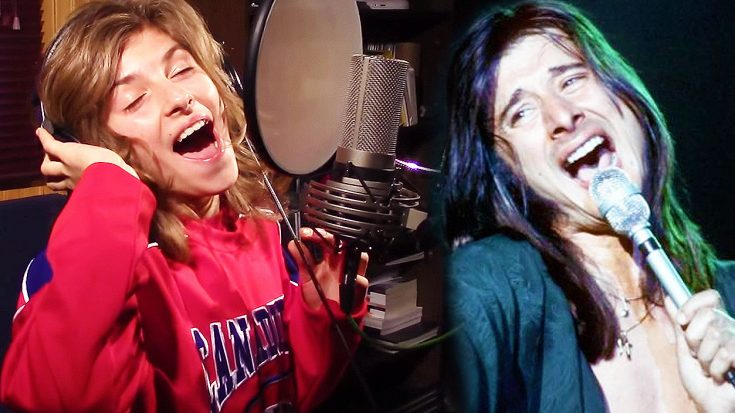 This kid will never stop believin’!

It’s nearly impossible to mimic and emulate the greatness of Steve Perry’s voice. His iconic voice brought Journey to the top of the rock n’ roll world in the 80’s, and has inspired so many artists across many generations, including this young 12 years old. Cory Palfalvi from Montreal, Canada. Cory performed this incredible version of Journey’s “Don’t Stop Believin'” in hopes of rallying the Montreal Canadians hockey team to a Stanley Cup Championship in 2015.

Cory’s cover is absolutley phenomenal! He captures the emotion and passion in the song that Steve Perry showed in his original performance. In addition, Cory looks like he’s having so much fun in this performance, and showcases a ton of energy! If you’re a fan of Journey, you will love this!

Cory actually gained some great publicity for this video. He was recognized on news stations, and honored by the Canadians for his commitment to rallying the team. He is a wonderful young talent, and you should definitely check out his other work on his channel!

Watch Cory’s cover down below!