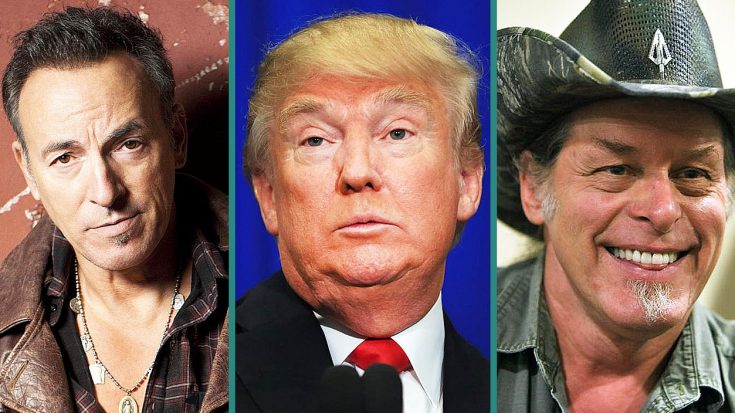 These Rock Legends Get Candid

It’ been just over a week since Donald Trump was officially sworn in as President Of The United States Of America and he has hit the ground running. He has been hard at work signing a plethora of new bills and orders and isn’t showing signs of slowing down anytime soon.

One such order that Trump has signed is the ‘Muslim Ban’. This new signing has caused quite the controversy and has unsurprisingly sparked several protests around the nation. It has also caused several famous personalities to speak out regarding this matter including, you guessed it, some legendary rockstars.

Some of our favorite rockstars are well known for their political stances and even including such points of view in their music. It’s been a tradition for many, many years. And what you’ll see down below is no different.

Ted Nugent took to social media to give his take on President Trump’s Muslim Ban.

Bruce Springsteen also gave his opinion on this matter and it comes as no surprise that it is the complete opposite of Ted Nugent’s. He gave his opinion at a concert, but then also posted to social media.

"America is a nation of immigrants and we find this anti-democratic and fundamentally un-American." pic.twitter.com/DsXSaLeNNN

What do you think of what these rockers had to say? Who’s side are you on? Let us know in the comments!