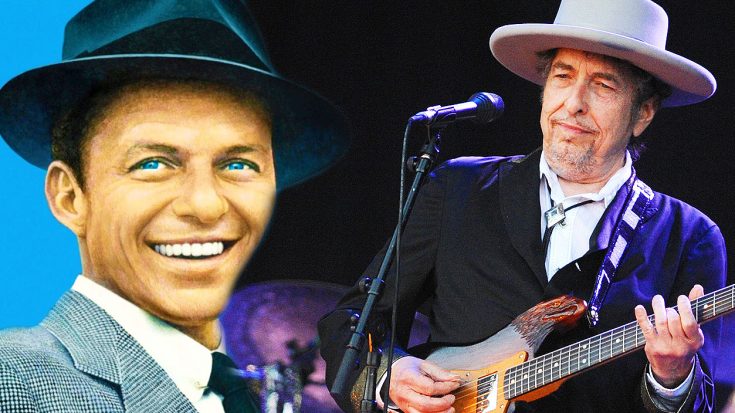 Dylan And Sinatra? Count Us In!

Bob Dylan has always been known for his unique style, and ability to cover a wide variety of genres. Dylan has touched many genres throughout his storied career including folk, rock, pop, country, jazz and more.

Recently, Dylan dropped a brand new cover of Frank Sinatra‘s “I Could Have Told You.” Dylan puts a country twist on this classic adds a touch of grit to the song. The twangy vibe actually enhances the song, and brings out the lyrics a little bit more. The steel strings from the rythm guitar on this track add that extra little flair that people will absolutley love!

Fun Fact: Sinatra hated rock and roll and once called rock music “the most brutal, ugly, degenerate, vicious form of expression it has been my displeasure to hear.” He said “Light My Fire” by The Doors was the worst record he ever heard. Wonder what he would have thought about Dylan’s cover.