Rock n’ Roll Marriages We Wanted To Last But Didn’t 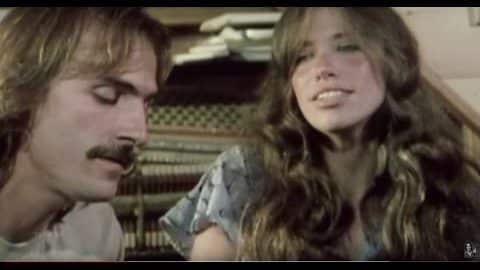 Truly, love is a powerful thing. It can build someone and make that person feel so complete, but it can also break you into pieces. Sometimes it’s sorrow, sometimes it brings joy. It can be beautiful and hopeful, but love can also be ugly.

For some artists, love keeps them passionate about singing and inspire them when it comes to writing a song. But what happens when that love is gone? Below are 7 listed rock and roll couples who made music last, but failed to keep their relationships.

1. Captain & Tennille
The soft rock power couple who’s best known for their 1975 hit “Love Will Keep Us Together” shocked their fans when they got divorced in 2014 after 39 years of marriage. Although the song plays like a punch to the gut for both Captain and Tenille, it still doesn’t make the song any less enduring because of its beautiful tune and tip-toeing keys.

2. Sonny and Cher
In the 1970s, Sonny Bono and Cher became the “it” couple. The two of them both had a fruitful career before they even became together. Aside from being husband and wife, both Sonny and Cher did singing, comedy, and hosting television shows.

However, their joint TV program, Sonny and Cher Comedy Hour, ended, despite sky-high ratings because they went their separate ways and got a divorce in 1975. In the end, the love was still there and their friendship remained until Sonny’s death in 1998.

3. Agnetha Fältskog and Björn Ulvaeus; Benny Andersson and Anni-Frid Lyngstad
The Swedish supergroup ABBA ruled the worldwide charts from 1974 to 1982. The iconic group who gave us some feel-good pop songs that will last forever was made up of two married couples: Agnetha Fältskog and Björn Ulvaeus, and Benny Andersson and Anni-Frid Lyngstad.

However, Fältskog and Ulvaeus announced in 1979 that they will be divorcing. Despite that circumstance, ABBA assured their fans that the band would continue and will not let the divorce affect them as a group. Be that as it may, the hurdle was still reflected in their music. Their signature flair for upbeat began to dissolve and became darker later on.

When 1981 came, Andersson and Lyngstad’s divorce. Although they still manage to release chart-topping songs, their sound was far removed from “Dancing Queen.” Their music became a very blatant way of expressing and dealing with the pain of separating from a partner.

There was never an official announcement that the group will disband. It just kind of happened after their final public performance together in 1982.

4. Carly Simon and James Taylor
Even though these two were both successful individually, their union made them a musical dream team. They gave us full-blown duets like “Mockingbird” and “Devoted To You” and both songs charted in the Top 10.

However, their marriage wasn’t as successful as their songs. Simon wrote in her 2015 memoir that their love “became bipolar.” She further explained by saying, “switching from love to hate, lust to loathing, and back again, sometimes within a day.” The infidelity on both sides and Taylor’s drug addiction concluded their marriage after a decade.

5. Jack and Meg White
The husband and wife alt-rock duo The White Stripes, performed like they’re brothers and sisters because of their similarities. That is why the world was shocked when they found out in 2001 that they were married in 1996 and got a divorce in 2000.

In a 2005 interview, Jack White spelled out that “When you see a band that is two pieces, husband and wife, boyfriend and girlfriend, you think, ‘Oh, I see…’ When they’re brother and sister, you go, ‘Oh, that’s interesting.’ You care more about the music, not the relationship—whether they’re trying to save their relationship by being in a band.” The duo dissolved in 2011 after a long hiatus from performing.

6. Thurston Moore and Kim Gordon
The indie band Sonic Youth was formed in 1981 by bassist Kim Gordon and vocalist Thurston Moore. The two got married in between the band’s 30-year run, producing 16 studio albums and influencing an entire alt-culture. However, they disbanded in 2011 and so did the couple after 27 years of marriage.

7. Christine McVie and John McVie
Fleetwood Mac had the strongest songwriting duo when vocalist and keyboard player Christine McVie and bassist John McVie were still married. However, it’s their post-divorce music that captured the ears of their fans. Songs that were made out of the pain of separation, the infidelity, and the substance abuse.