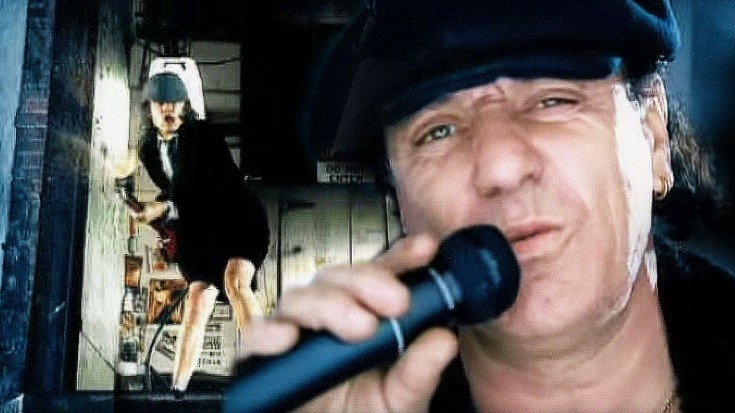 At the turn of the millennium, AC/DC released their fourteenth studio album Stiff Upper Lip. The title track off the album was released as the lead single, and showcases the classic and signature AC/DC sound. The hard-hitting drum beat, accompanied by Angus and Malcolm Youngs’ driving riff and Brian Johnson’s vocals give the song that authentic AC/DC sound.

The music video features the band cruising through a city in a Hummer with the top down. When they hit a traffic jam, the Australian rockers decide to ditch their ride and head into a back alley for an impromptu performance of “Stiff Upper Lip.”

Scenes to watch for:

Toward the end of the video, Angus Young begins to spray the crowd with a gold liquid that shoots out from his guitar, giving the viewer a live-action representation of the Stiff Upper Lip album cover.

AC/DC has been rocking for the past four decades. Their signature sound has outlasted the ever-changing rock n’ roll genre, and has allowed them to still maintain relevancy even to this day. The high energy that they exhibit in their live performances makes AC/DC one of the best live acts in music history, and this video proves it!