Prince’s Yellow Cloud Guitar Just Sold – You Won’t BELIEVE For How Much! 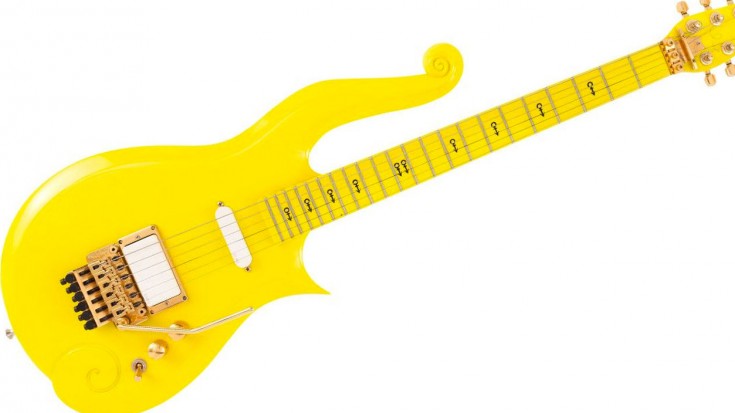 However, this weekend Irsay managed to score a pretty crucial part of music history: Prince’s coveted yellow cloud guitar, whose initial bid began at $30,000. The bright yellow guitar, custom made by Knut-Koupee Enterprises of Minneapolis and outfitted with gold knobs, tremolo and tuning keys and a favorite of Prince’s was sold to Irsay to the tune of $137, 500 and was used in most of his early videos, touring performances and album recordings.

“I feel I’m just a curator of history. I’m going to pass this thing on as time goes along,” says Irsay, who calls it a “privilege and honor” to own such precious items.

I can’t even imagine touching something so amazing, much less actually owning it! The April 21, 2016 death of Prince no doubt makes the purchase of his beloved yellow cloud guitar even more precious to a collector like Jim Irsay, who at this point could very likely open his own museum full of some of rock’s greatest treasures at the rate he’s going!

Sound off: what would you pay for an instrument that once belonged to your favorite musician? Let us know in the comments below!