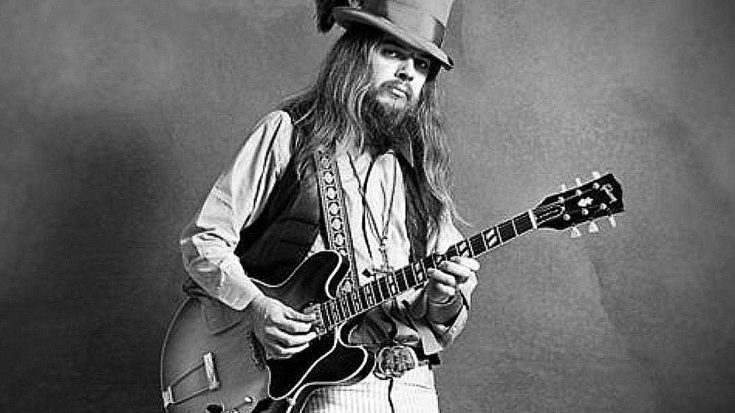 Rock And Roll Hall Famer’s Cause Of Death Unknown

It’s a sad day in the rock world as we receive word that rock legend and all around musician’s musician Leon Russell has died at the age of 74.

Born Claude Russell Bridges in 1942, Leon rose to fame as an accomplished pianist, guitarist, songwriter and bandleader, eventually crafting his own hits after years of playing countless recording sessions. With over 31 albums under his belt (roughly around 430 songs), Leon’s legacy is that of a fiercely respected “musician’s musician” – one whose magic touched the lives of not just the audiences that turned out in droves to see his performances, but the who’s who list of musicians who worked with him over the course of a lengthy career that began at the age of 14 in the nightclub circuit of Tulsa, Oklahoma.

Best known for his 1970 smash hit “A Song For You,” the man we lovingly called The Master of Time and Space for the calm, controlled way with which he commanded the stage passed away in his sleep Sunday, November 13th at the age of 74; his wife, Jan Bridges, released a statement on behalf of the Bridges family:

“We thank everyone for their thoughts and prayers during this very, very difficult time. My husband passed in his sleep in our Nashville home. He was recovering from heart surgery in July and looked forward to getting back on the road in January. We appreciate everyone’s love and support.”

At this time, the cause of Leon’s death is unknown, though it no doubt stems from recent health issues including surgery to stop leaking brain fluid in 2010 and a heart attack in July. Survived by his wife, four daughters, and three grandchildren, Leon will be laid to rest in a private service planned in Nashville, with a public service planned in Tulsa. Our hearts go out to Leon’s loved ones, colleagues, and fans around the world as they adjust to life without this wonderful human being, and we wish them all the love in the world.

Rest in peace, Leon. This song’s for you.