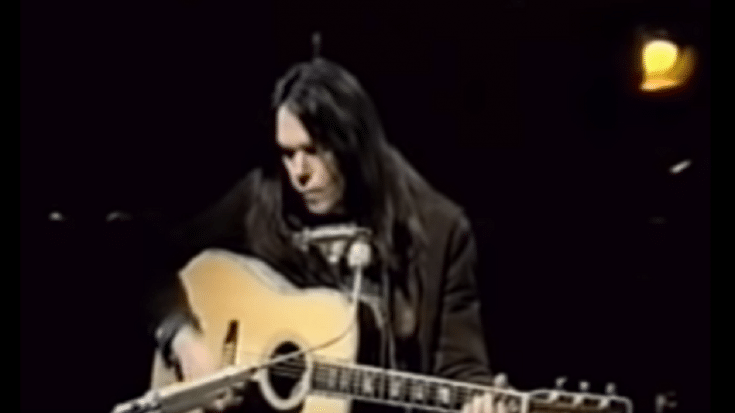 The Year That Propelled Rock To Another Level

In 1972, several musicians were catapulted into international stardom. Don McLean struck gold with American Pie. Paul Simon released his solo debut. America also debuted but it wasn’t until they dropped A Horse with No Name that they found massive success and became household names. Heavy metal legends were also formed that year – Van Halen and Twisted Sister.

1972 is basically the reason why the 1970s were widely considered as the golden era of rock. Check out the following songs:

It wasn’t long before this became an anthem of every student in America. It’s been a mainstay in Alice Cooper’s setlist basically since it’s still a fan favorite today. From the opening riff to the school bell sound at the end, it’s his biggest hit and his signature song too. Speaking about his inspiration, Cooper said: “The last three minutes of the last day of school when you’re sitting there and it’s like a slow fuse burning. I said, ‘If we can catch that three minutes in a song, it’s going to be so big.'”

Taken off their debut album, Glenn Frey co-wrote it with Jackson Browne after Browne had problems finishing the song. It was their first single and while it only peaked at #12 on the US Billboard Hot 100, it put them on the map. According to Browne, “And after a couple of times when I declined to have him finish my song, I said, ‘all right.’ I finally thought, ‘This is ridiculous. Go ahead and finish it. Do it.’ And he finished it in spectacular fashion. And, what’s more, arranged it in a way that was far superior to what I had written.”

This masterpiece was written after Neil Young suffered from a back injury and couldn’t play the electric guitar. So he traded it for an acoustic one. He actually performed this live a couple of times before he finally recorded it. It wasn’t your typical Young track which is possibly why it ended up becoming his biggest hit. Bob Dylan wasn’t exactly impressed with this though even if Young has always been vocal about his admiration for the folk rock icon. Dylan even complained, “I used to hate it when it came on the radio. I always liked Neil Young, but it bothered me every time I listened to “Heart of Gold.” I’d say, that’s me. If it sounds like me, it should as well be me.”

There’s no question that this is one of the greatest rock songs that came out in 1972. Inspired by true events, the band didn’t think this would be a hit but they were obviously wrong. It became a fan favorite and broke into the top 20 charts in several countries. Ritchie Blackmore is of course responsible for that glorious guitar riff. He explained, “The riff is done in fourths and fifths – a medieval modal scale. It makes it appear more dark and foreboding. Not like today’s pop music thirds.”

1972 was a huge year for the Rolling Stones because they released the tour de force album Exile on Main St. Even with several stellar songs on it, the lead single Tumbling Dice was a real standout. Although it’s a song about gambling, Mick Jagger didn’t write it from experience. He revealed, “It’s weird where your lyric things come from. On Tumbling Dice, I sat down with the house keeper and talked to her about gambling. She liked to play dice and I really didn’t know much about it, but I got it off her and managed to make the song out of that.”