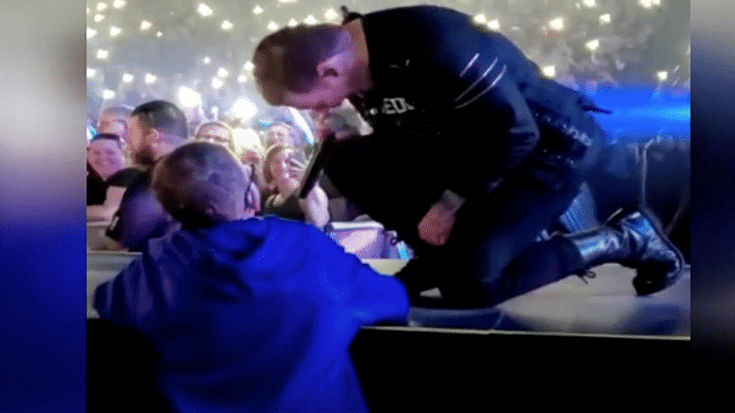 Oh – must be news of Shinedown’s latest act of kindness that’s got us feeling all misty eyed over here at Society of Rock. The Jacksonville rockers continued to be one of the kindest bands in rock when during a recent tour stop in Wisconsin, they went above and beyond the call of duty to grant the wish of one very, very special fan.

"Zach had one wish, to meet the band Shinedown, and his wish was more than granted…" We had the honor of meeting Zach last Friday. He's so strong… A true inspiration!! 💪https://t.co/TZlpdDUTC8

It was 19-year-old Zach Olson’s biggest wish to meet Shinedown. He’s been battling cancer since 2009, but in recent years had a series of clean scans that gave both him and his family hope that they’d finally reached the end of a long, grueling journey.

Sadly, when Zach returned for his scans in January, the results showed that the cancer had returned – and this time, it was terminal. Thanks to his mom’s overwhelming desire to see her son smile, Zach got his wish this week after his mom reached out to the Thursday’s Child organization in hopes of making her son’s last wish come true – and much more than he could have ever bargained for, too.

Thursday’s Child organized the meeting between Zach and Shinedown, but what began as the fleeting hope of meeting his favorite band turned into something much, much more when frontman Brent Smith gave him a backstage tour and showed him what it takes to put on a Shinedown show, and introduced him to tour mates Papa Roach and Asking Alexandria.

He even got to watch the show from an extra special spot close to the stage, with Smith coming over to sing to him at one point.

She tells local news affiliate NBC 15 of Zach’s magical evening, “My heart was full, my eyes were full. It was amazing. To see that happen for him, to know that that’s all he wanted. I couldn’t think of anything better. They made us feel like we were family, like we were part of them and I wish they knew what it meant to us to make this dream come true.”

No one knows how much time Zach has left, but he and his family are taking every moment as it comes, reveling in the chance to wake up and seize the day together as best they can. Our hearts go out to the Olson family, and we’ll keep them in our thoughts today and every day.