Robert Downey Jr.’s Son Is All Grown Up And In The Coolest Band You’ve Never Heard Of – Wanna Listen? 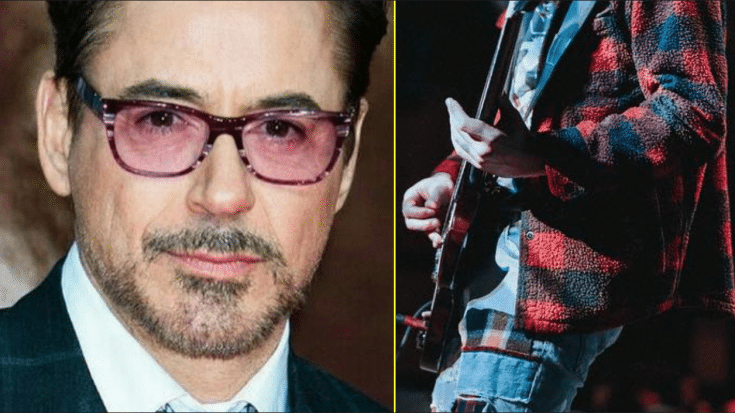 While Robert Downey Jr. is gearing up to reprise his role as Iron Man/Tony Stark in this summer’s blockbuster Avengers: Endgame, his son Indio has other plans – like, a brand new album to celebrate.

The 25-year-old son of Downey and singer-songwriter Deborah Falconer, Indio totally bypassed the acting route and headed straight for good old fashioned rock and roll. Together with bandmate Ralph Alexander, Indio has been rocking for the last little while now as 1/2 of The Dose, possibly the coolest band you’ve never heard of that sounds like every band from the 90s you ever loved.

That’s a wrap, Europe! Thank you for letting us travel around and make noise for you all, we had a blast! @bstnmnr, you guys rule and we can’t wait to see you tear the US up this year! We’re new fans for life 🙏🏻 @sleepingwithsirens, couldn’t have asked for better bus mates and the best dudes we’ve ever got to hang with. Thank you for showing us the ropes every night! ❤️ @goodcharlotteband, we couldn’t ever thank you enough for taking us out and showing us how to be professionals on tour. Truly indebted and forever grateful 🙏🏻🙏🏻🙏🏻 Until next time and much love to all- ❤️ 📸: @jimmy_rich

It’s been a labor of love more than three years in the making but finally, The Dose’s debut album is here and y’all, I’m not kidding when I say I’ve played the damned thing at least five times back to back today – it’s that good and don’t even get me started on what a tremendous breath of fresh air it is.

Titled Saline, The Dose’s debut album is a gorgeous little throwback to the best parts of the 90s; it’s equal parts grunge and alternative, colored by shades of Nirvana, Pearl Jam and even a little Siamese Dream-era Smashing Pumpkins to make for something that sounds familiar and brand new, all at the same time.

Still, make no mistake – The Dose is none of those bands and nor is it trying to be, allowing Indio and Ralph to embrace the sounds and textures they love without letting it overshadow their own original sound. Check out the video for “Saline” just below this article and let us know what you think!