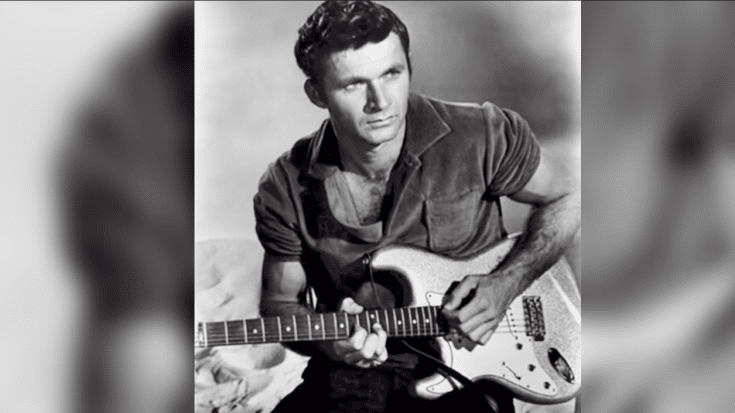 It’s a sad day for rock and roll.

Dick Dale, surf rock legend whose 1962 hit “Misirlou” became the soundtrack for one of the biggest movies of the 90s, passed away over the weekend at the age of 81.

The news was confirmed by Dale’s bandmate Sam Bolle, who reported his late friend’s Saturday night passing to The Guardian early yesterday. Billboard reached out to his agent, who didn’t offer an official statement on his passing but confirmed the news with the words every fan surely thought: “It’s a sad day for rock and roll.”

Born Richard Anthony Monsour in May 1937, Dick Dale was best known for his distinctive “wet” reverb sound and quick fire alternative picking style that, when paired with his Lebanese heritage, helped craft classics like his 1962 track “Misirlou”. Together with his band The Del-Tones, Mr. Dale rose to fame in the 1960s and is widely credited for having recorded the first surf rock instrumental – 1961’s “Let’s Go Trippin’,” his fifth single and the one that proved to be the catalyst for the early 60s surf rock craze. But his role in shaping music didn’t stop there – not by a long shot.

Mr. Dale was also a critical element in the development of the Fender Stratocaster, his weapon of choice when playing music; in 2011, he revealed to the Miami New Times that “Everything that came out of Leo Fender’s head, I was his test pilot. He used to say: ‘When it can withstand the barrage of punishment from Dick Dale, then it is fit for the human consumption,'” also sharing that he “blew up over 50 amplifiers. That’s why they call me the Father of Heavy Metal.”

In 1994, he was introduced to a brand new generation with the release of Quentin Tarantino’s Pulp Fiction. With an all star cast that featured Samuel L. Jackson and John Travolta, Pulp Fiction opens with the whip crack of Dale’s “Misirlou,” setting the tone for what promised – and flawlessly executed – to be a wild ride of a film, white hot in its intensity and nothing short of unforgettable 25 years on. Of the use of “Misirlou” in his film, Tarantino told Rolling Stone, “Having “Misirlou” as your opening credit, it’s just so intense. It just says you’re watching an epic, you’re watching a big, ol’ movie…it just throws down a gauntlet that the movie now has to live up to.”

Mr. Dale’s final years were fraught with health ailments that forced him to continue his relentless touring schedule to merely stay alive. In 2015 he admitted that he “can’t stop touring because I will die. Physically and literally, I will die,” and gave Billboard insight into how dire his financial situation was; here was a man in his late 70s who should have been enjoying the twilight of his life and recovering from his various ailments, forced to endure the rigors of tour life because despite having health insurance he was still unable to finance the supplies needed to keep his stoma free from infection.

But don’t let that fool you. Dick Dale loved music and loved entertaining, and as a guitarist proved to be as sharp into his 80s as he ever was. Sure, he would have loved to stay at home with his wife Lana, who doubled as his manager, but he knew that he had a purpose – one that went far beyond whatever health issues were threatening him at the time.

“…I’ve also got to realize I’ve been kept alive for a reason. People are not only coming to a concert, they’re coming to a way of life where we’re willing to share what our lives are all about and how we make fun of [health issues]. It’s not: ‘Oh, I’m suffering down here and you’re having a good time up there.’ I can tell ’em how much god—- pain I’m going through ‘up there’. I let them know: I’ve got the same crap you’ve got.”

In addition to a glowing legacy, Mr. Dale is survived by his wife, Lana Dale, and a legion of fans and friends around the world who are sure to miss him fiercely. Rest easy, Dick – you’ve earned it.