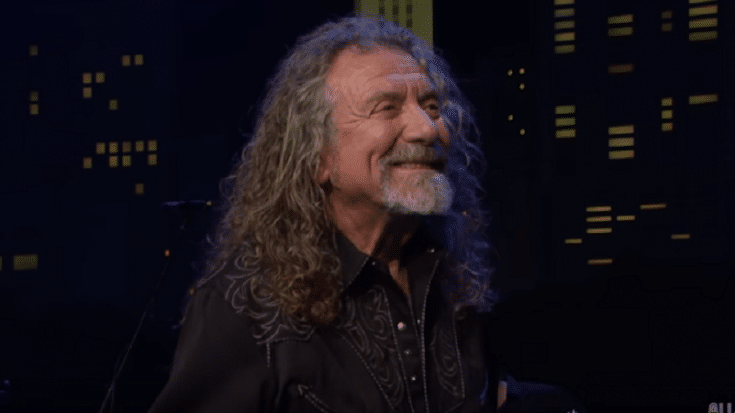 A mixed breed of styles on this version

There’s no denying that Led Zeppelin’s “Black Dog” has one of the best riffs in rock history. The song has inspired so many musicians and future generations, and will always be a landmark in music history. But unfortunately, the chances of us hearing the all of the remaining members of Led Zeppelin perform this gem live again, are pretty slim to none.

In the meantime, however, lead singer Robert Plant has been playing the classic solo for many years. During his return to Austin City Limits (ACL), Plant dug out the classic, but put an especially unique twist on the song!

This version of “Black Dog” that Plant plays has a Latin, bluesy and cosmic vibe. There are a few synths included, the song is drawn out to a longer length, there is added percussion and the riff is slightly altered. We must admit, it’s a unique spin on the song, but we love it! It definitely keeps the song fresh and allows it to touch on an alternative vibe!

The only thing that would make this any better, would be if Jimmy Page were playing guitar, John Paul Jones was on the bass and Jason Bonham (John Bonham’s son) was kicking on the drums! We hope to hear more of Robert’s modern take on Zeppelin’s songs in the near future!

“I actually wrote it in rehearsal from Jimmy’s house on the train. My dad was a musician and he showed me a way of writing down notation on anything. And so I wrote the riff to ‘Black Dog’ on the back of a train ticket which I unfortunately don’t have.” – John Paul Jones

Enjoy Robert’s performance at ACL for yourself down below! Even at his age, he still clearly has it.