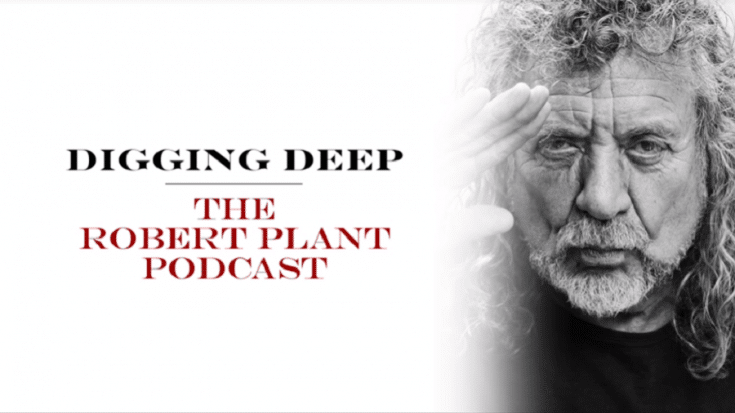 “It Was A Very Insane Idea…”

On the latest episode of Robert Plant’s Digging Deep podcast series, he discussed one of the songs on Led Zeppelin’s magnum opus, Led Zeppelin IV. For the episode 3 of the second season, Plant chose to talk about one of the highlights of their fourth album, “The Battle of Evermore.”

Sometimes referred to as ZoSo, or Led Zeppelin IV, or Four Symbols, there’s no official title for it. And so the host Matt Everett asked Plant how to describe the record. To which Plant responded, “I don’t know either. In those days in Zeppelin, we were so much of a deal – in fact, it becomes almost like a kind of Spinal Tap thing where, sometime you can’t put the record out, even though you’ve finished it, because you haven’t got the artwork right.

“And then, ‘Are you going to put the name on that album?’ ‘Are you kidding? Put the name of the band on the album cover? That’s far too corporate!’ … But of course, we want everybody to know that, to buy it, sell it, hate it, love it and all that. So, yeah, I don’t know what it’s called. ‘The Four Symbols’ is sometimes what it’s called.”

Asked why they were focusing on “The Battle of Evermore,” Plant replied: “I chose this song because if I’m gonna talk about music of my time from start to finish more or less, from the beginnings right up to now, I’d to sort of illustrate the dynamics of where things come and go. And how extreme these dynamics are, musically.”

He added, “The Battle of Evermore is a sort of an adventure in some dark place once upon a time where the people are called together. There’s some kind of fanfare so you have two parts of the story.”