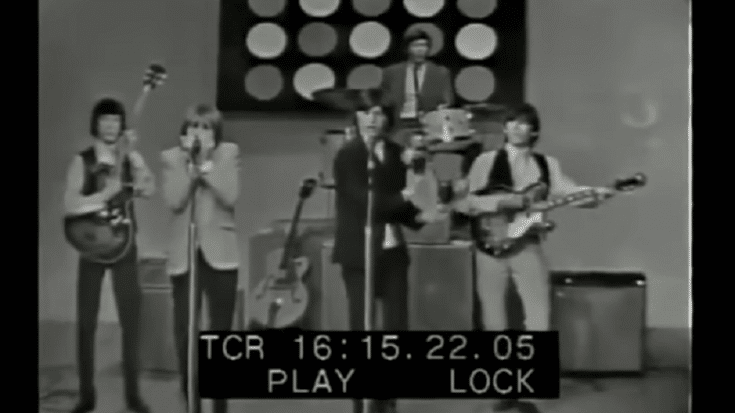 1964 marked The Beatles’ debut on American soil by appearing on The Ed Sullivan Show. But on the same year, The Rolling Stones also managed to introduce themselves to the US audience by guesting on The Les Crane Show. And they had a couple of other appearances before performing on The Mike Douglas Show. It didn’t break records like The Fab Four but it’s still a piece of rock ‘n roll history.

It all starts with Douglas introducing The Rolling Stones and the band opening the show with a rousing performance. Then came a rather awkward and uncomfortable interview with Douglas asking them if they knew The Beatles and “how long has the long hair has been fashionable in England.” Douglas then brought a couple of screaming (and crying) fans from the audience to meet The Rolling Stones.

They break the ice with Brian Jones saying, “Mick’s more popular with men.” To which Douglas responded with, “He doesn’t do a thing to me, I’ll tell you that.” Before launching into another song, Douglas makes another blunder by introducing them as The Rolling Stems.