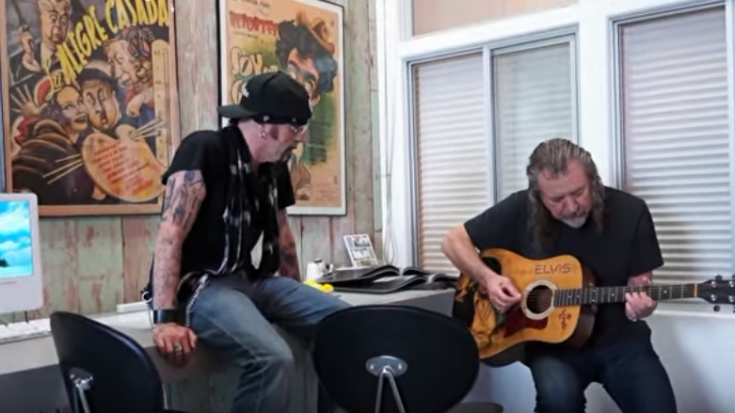 How Often Does This Happen?

While he was on a photo shoot with Christopher Ameruoso, Led Zeppelin frontman Robert Plant started playing with Christopher’s custom-made guitar complete with a hand-painted portrait of Elvis Presley. The detailed artwork was done by artist Jason Orberly. It’s a beautiful impromptu session and I know I’m not the only who loves watching Robert jamming and chilling in laid-back style. I’ve gotten so used to seeing him hit the stage and blow the audience away so it’s absolutely refreshing to see him like this.

Anyway, did anyone else notice that the guitar has a nice, full sound to it? I wish I can have that. 🙂 I bet that’s already priceless and would be a great collector’s item right? And the fact that Robert Plant had his hands wrapped around it, playing with its strings and basically just pulling out some lovely music makes it more valuable. It’s been touched by the rock god, people! 🙂