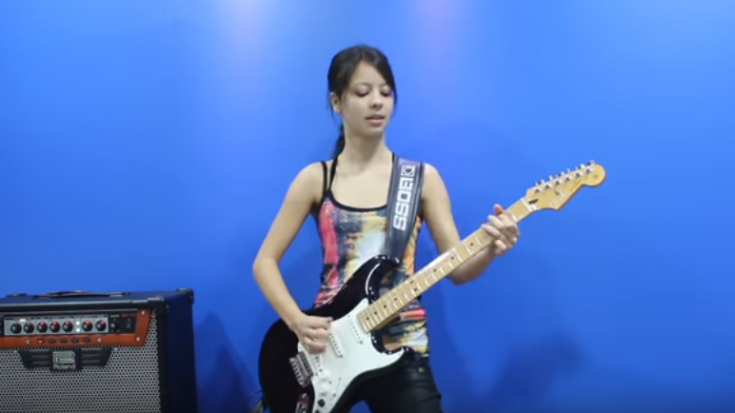 I am still waiting for the day when I can see Juliana Vieira’s much-deserved airplay on MTV. Okay, maybe not exactly MTV but at least, hear her music when I turn on the radio or watch TV. Yep, she’s THAT good. She has more than 200,000 subscribers on YouTube as of this writing and the number only gets bigger every day. With each cover she plays, she’s only winning more fans. What’s her secret? A brilliant combination of charisma and musical talent. She’s been invited to several events, showcasing her amazing skills in playing the guitar and composing songs.

Who else takes notice of this Brazilian rock chick? Orianthi and Jim McGorman (Avril Lavigne’s producer) were just a few of those who left comments on her YouTube videos. Who wouldn’t appreciate her covers? She nails them impeccably and she is just freaking awesome. That solo is my favorite part. Keep on rockin, Juliana!