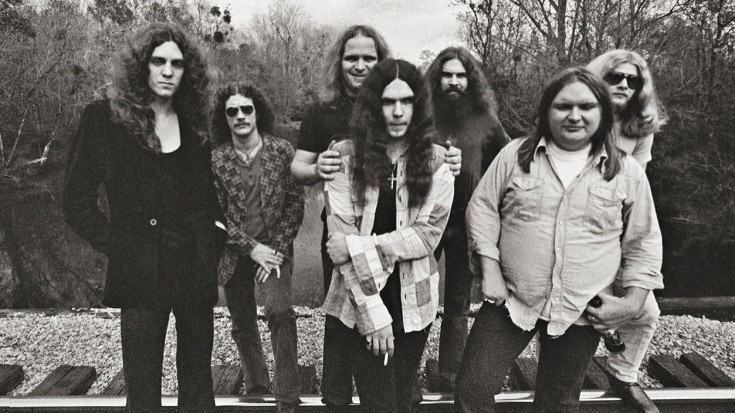 For fans of Lynyrd Skynyrd, nothing says Southern rock quite like their 1975 classic “Saturday Night Special” does. A stone cold killer of an opener to Nuthin’ Fancy, “Saturday Night Special” was written in the summer of 1974, born from a staccato guitar lick that former guitarist Ed King kept playing; described as “real mean and ominous” by Gary Rossington, the song tackled the hot button issue of gun control with startling vignettes spun by late singer Ronnie Van Zant that warned listeners of the damage done by ‘Saturday night specials’- cheap handguns, purchased in those days for $20 or less – in the hands of people with less than savory intentions.

Despite its eerie and slightly controversial subject matter, “Saturday Night Special” is a well-loved staple in the classic rock world – celebrated for its fantastic displays of musicianship and Ronnie Van Zant’s incredible way with words, it’s no wonder this hard rockin’ Skynyrd classic catapulted the band into Billboard’s Hot 100 and into the hearts of fans all around the world!

“Saturday Night Special” was released as a single on this day in 1975. pic.twitter.com/jAPBdjwjXz

Released 41  years ago today, there’s much to love about the star of Nuthin’ Fancy; a rollicking, hard rocking good time featuring white hot guitar licks from guitarists Collins, Rossington and King, “Saturday Night Special” is the essence of all things Southern rock as it blends together rock and blues music to craft one of the finest examples of storytelling we’ve ever heard.

Rough and gritty, we’re forced to agree with Gary Rossington when he calls this classic ‘definitive Skynyrd’ and far and away one of the band’s very best works. Happy birthday, “Saturday Night Special”!