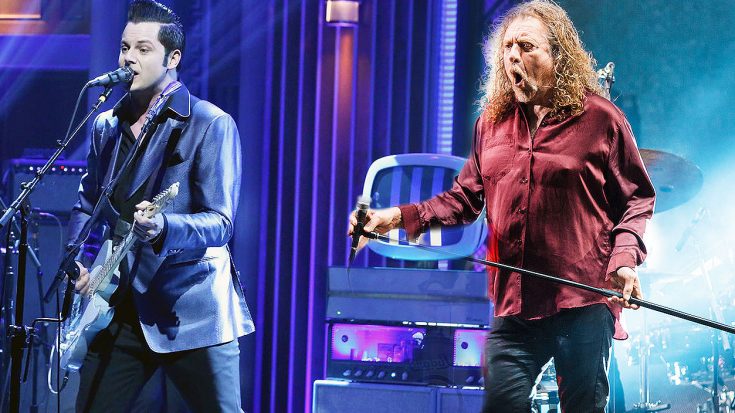 It definitely got loud!

Of all the current musicians on the scene right now, Jack White has been the one who has carried the torch for rock n’ roll. He has kept it alive with an original sound, and energetic performances that are a callback to the glory days of the genre.

On his mission to keep rock n’ roll alive, White has earned the recognition and respect from the legends before him! While White was performing at the 2015 Lollapalooza Festival in Argentina, he invited up one of his lifelong idols and heroes to join him for a song!

White invited up Led Zeppelin’s very own Robert plant, and covered the band’s classic “The Lemon Song” off of their album Led Zeppelin II.

Plant didn’t even need an introduction! Everyone immediately started going insane the second he came on stage, and the second White began playing the song! It’s great to see White carrying on the rock n’ roll tradition, and even better to see legends like Plant acknowledging him for his work!

Check out the amazing moment down below! Plant and White’s duet begins at about the 6-minute mark. Prior to that, White does an amazing performance of The White Stripes’ “Seven Nation Army.”