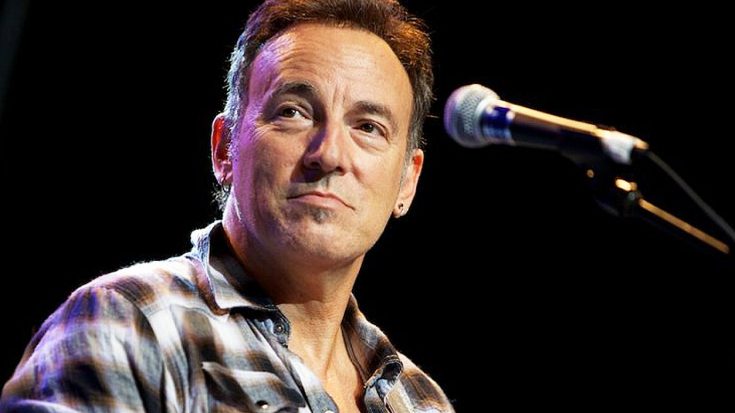 Poor Bruce… He Tries So Hard…

Bruce Springsteen is undoubtably one of the most iconic musicians to ever grace a stage. He has written, recorded, and performed some of the greatest songs that we as fans will ever come to know. He is a talented man, no doubt, but the question is ‘would that talent translate over into the world of stand-up comedy’? Short answer… no. At a recent concert, Bruce Springsteen tried to tell a couple of jokes… and needless to say, it was awkward.

His first joke – “So there’s this 80-year-old couple. They’re in an alley up against the fence and they’re screwing like crazy. I mean, arms are flying, legs are flying, and they’re screwing and screwing and screwing. They just fall down from exhaustion and the wife says, ‘You didn’t screw me like that 50 years ago!’ The man says, ’50 years ago that fence wasn’t electrified.’”

Second joke – “An old man is in the gym. This great-looking gal comes in, a young gal. He says to his trainer, ‘Quick, quick, quick, which one of these machines should I be on to get this girl’s attention?’ He goes, ‘Well, if I were you, it would be the ATM.’”

So yeah… that happened. And it was bad…