Fans Still Love Metallica, And This Crowd Of 20,000 Strong Proves It 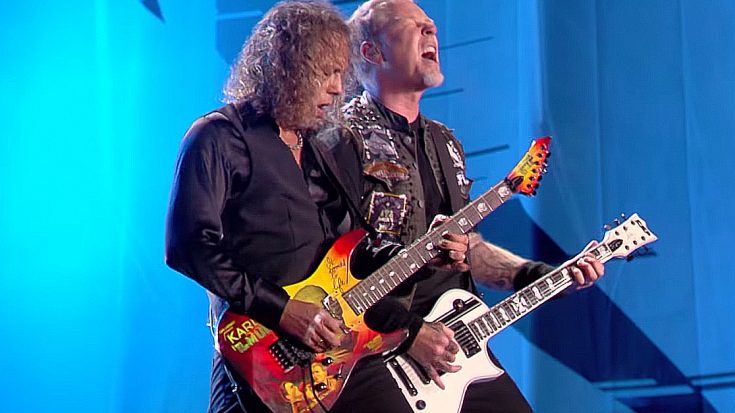 With only weeks to go until the November 18 release of their highly anticipated new album Hardwired…to Self-Destruct, Metallica’s already hard at work crafting some pretty insane live shows that we can’t wait to see for ourselves when their inevitable North American tour arrives. This week saw the band touch down in Bogota, Colombia where for the first time ever, the boys tackled their explosive new single “Atlas, Rise!” in front of a crowd of over 20,000 strong at Bogota’s Hipódromo de Los Andes and guys, if this performance is any indication of what fans can expect from Metallica in the coming weeks and months, then sign us right on up for front row seats!

Not only does “Atlas, Rise!” rock as a single, it rocks even harder live; together, James, Kirk, Lars and Robert are one cohesive unit dedicated to making each performance rock even harder than the one before it, pairing tight vocals from Hetfield with solid guitar work and Trujillo and Ulrich presenting a united front as Metallica’s rhythm section. If you were wondering whether or not fans still love Metallica, the applause heard as the last note of “Atlas, Rise!” rings out should be all the confirmation you need!