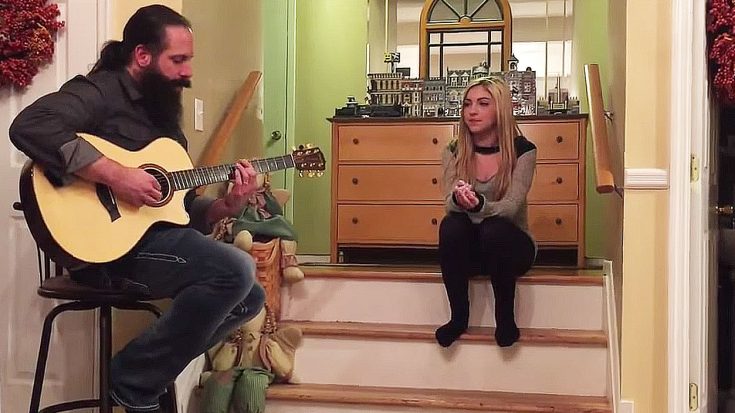 When Performing A Disney Classic, It’s Best To Keep It In The Family!

For those of you unaware, Dream Theater’s John Petrucci is undoubtably one of the (if not THE) best modern guitarists that has ever picked up a six-stringer. He is a guitarist that is aggressively innovative and uniquely prolific.

He is often imitated, but never duplicated, provided of course that the majority of the songs he writes are usually 10-minute orchestral/metal compositions. Still, he is one of the best and even on his worst day day with all of his fingers chopped off, he is better than most guitarists on their best day. But anyway, back to the point of this post. The video!

What you’re about to watch is John Petrucci and his daughter team up for a rendition of the hit Disney song Let It Go. Can you imagine a metal guitar legend like John Petrucci being able to pull of a Disney song? Find out for yourself!