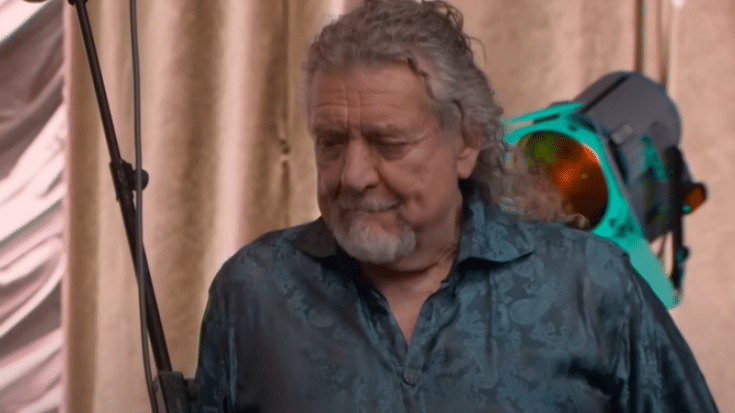 Robert Plant and Alison Krauss performed their rendition of the Led Zeppelin classic “When The Levee Breaks,” during their appearance on June 24 at the UK’s Glastonbury Festival.

Originally from 1971’s Led Zeppelin IV, the duo played the song as their set-closer in their 12-track set. The stop is part of their tour in support of their most recent album, Raise the Roof that was released on November 19 last year, which debuted at No. 7 on the US Billboard 200.

It’s their first LP together since their 2007 collaboration, Raising Sand, that earned five Grammy Awards, including Album of the Year. Their latest collaboration LP was produced by T-Bone Burnett and features new recordings of songs by acts such as Merle Haggard, The Everly Brothers, Anne Briggs, Geeshie Wiley, Bert Jansch and more.

The pair will be seen next at the Roskilde Festival on June 29 as part of a summer series of shows across Europe, which is set to wrap up on July 20 in Berlin, Germany. While earlier this month, Plant and Krauss have announced an additional five more dates to their ongoing 2022 tour, which will wrap on Sept. 12 in New York.

The BBC is streaming the live footage of the duo’s recent performance. Check out the video below.