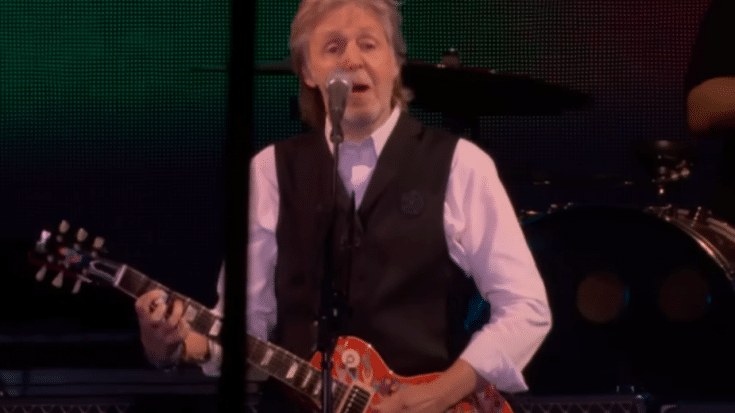 Paul McCartney recently performed a duet virtually with the late John Lennon and performed the Beatles’ classic “I’ve Got a Feeling.”

Earlier on his set at Glastonbury on June 26, McCartney was already joined by rock icons Dave Grohl and Bruce Springsteen. But bringing more surprises to his show, the Beatles icon sang “I’ve Got a Feeling” and when the second verse came, a video of John Lennon played on the screen making the audience screamed for joy.

McCartney said to the audience:

“One day, Peter Jackson rings me up and says he can take John’s vocals and isolate them so that you can play live with Lennon on tour. He said do you fancy that?”

“That’s so special for me man. I know it’s virtual but come on – it’s John. We’re back together.”

McCartney isn’t the only one performing virtually with a late bandmate. Earlier this month, Queen guitarist Brian May got emotional on stage after he performed the classic “Love of My Life” with a holographic representation of the late singer Freddie Mercury during a concert at London’s O2 Arena.

Watch McCartney duet with the virtual Lennon on the live video below.