Ritchie Blackmore Unveils The Correct Way To Play The Most Popular Riff In Rock History! 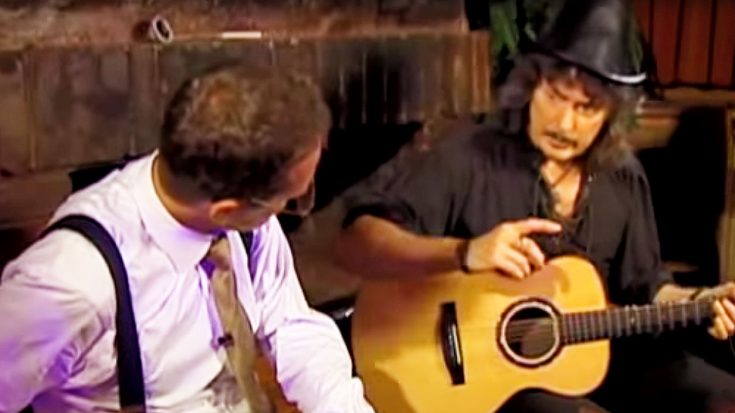 Good thing he cleared it up for us!

When Ritchie Blackmore wrote Deep Purple’s mega hit “Smoke On The Water,” little did he know, but he was crafting one of the greatest riffs in rock n’ roll history! Anyone who has ever learned guitar, pretty much runs to this riff when they are first starting out! Learning this riff is almost an initiation to guitar playing.

Well, if you’ve learned this riff, there’s a great possibility that you’ve been playing it wrong! But don’t worry, you’re in luck. Ritchie Blackmore himself decided to clear things up with this video, and properly teaches us how to play the iconic riff correctly!

Fun Fact: Frank Zappa, who is mentioned in the lyrics, lost all his equipment in the fire. He then broke his leg a few days later when a fan pulled him into the crowd at a show in England. This prompted Ian Gillan to say “Break a leg, Frank,” into the microphone after recording this for a BBC special in 1972.

Ritchie also reveals a cool secret about this song, and fills us in on how it’s connected to classical music! It’s a pretty interesting video, so check it out! Enjoy!