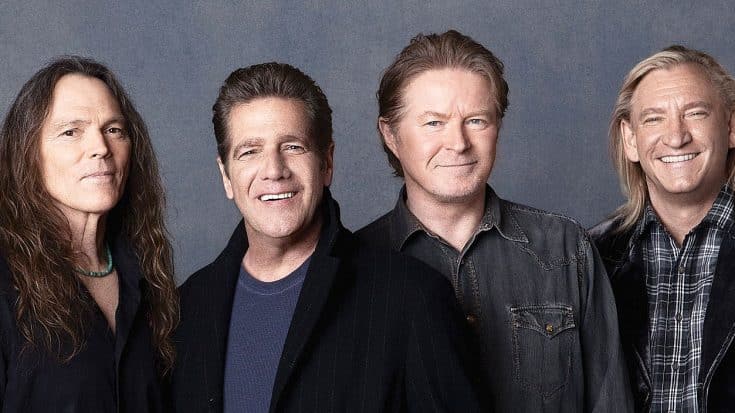 Incase you’re unaware, the legendary rock band known as The Eagles are one of rock and roll’s most important acts. Throughout their illustrious run, they have asserted themselves as one of the most influential and iconic bands that has ever take to the stage. With an ensemble of nothing but 5-star musicians, and a song catalogue that suites, The Eagles are rock legends with a legacy that’ll never die.

There’s nothing bad that we can say about this band. They just simply can do no wrong. They are not only one of the best bands in all of rock music, but they are also one of the most beloved. As I said before, the legacy of The Eagles will never die, but unfortunately for the band, things have taken an unexpected turn.

On January 18th of 2016, founding member of The Eagles tragically passed away. This most likely isn’t news to you as it happened over a year ago. Since his passing the band has come out to say publicly say that they will not be continuing. Now that is unfortunate, and it begs the question. Is this the right choice?

Well first of all, whether or not we as fans agree with the decision, we should respect it, but still, is it the right choice? Let’s look at it this way. Glenn Frey was one of the (if not THE) most prominent members of the entire band. Sure, the band could find a replacement or even just continue without a replacement, but you know as well as I do just how bad that could turn out. Let’s say they continue on without a replacement. Every time they’re on stage or in the studio, they’re going to suffer a type of emptiness from Glenn’s absence and it would just make for a rather depressing setting whether it’d be on stage or in studio.

And let’s say they find a replacement. Not only would that same sense of emptiness still linger, but whomever is taking Glenn’s place would be the target of much resentment from the true die-hard fans of The Eagles.

Keep in mind, The Eagles CHOSE to not continue on. Some could argue that they were forced to stop, but they obviously chose to do so. So in my humble opinion (the fat cheeto-fingered “writer” writing this) I think they made the right decision. The Eagles may have stepped down due to abrupt and unfortunate circumstances, but this is The Eagles we’re talking about, they leave behind a legacy unlike any other. They’re music will carry on for many, many more years. And it’s not like the remaining musicians are each retiring from music all together, we’re not done hearing from the legends themselves.

The Eagles have given us some of the most timeless and cherished music we as fans hold near and dear to our hearts, it’s now time for The Eagles to enjoy the fruits of their labor!

UPDATE: The Eagles have just announced that they are returning to headline some festivals… so yeah… This headline is useless… But hey, thanks for reading!