This Fleetwood Mac Hit Perfectly Hypes Up The New ‘Guardians Of The Galaxy’ In Extended Trailer! 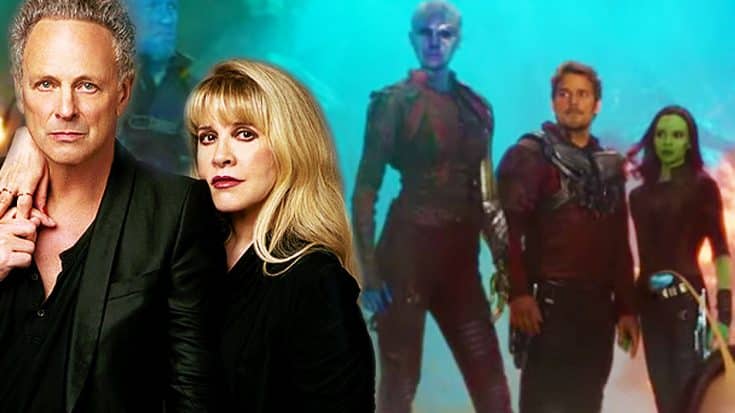 This makes me even more excited for the new movie!

During the Super Bowl, a special TV spot for the brand new Guardians of the Galaxy film and featured Fleetwood Mac’s hit “The Chain.” Many people were excited about the new movie, and hearing this classic tune blaring in the background! Unlike some trailers, which will play a different song per spot, a new extended trailer for Guardians of the Galaxy once again features the Fleetwood Mac hit!

The extended trailer reveals a little more of the plot line in the highly anticipated movie. It looks like we’re going to see some romance, friendship and epic battles in the upcoming flick, which makes “The Chain” the perfect song for the preview!

Fun Fact: Stevie Nicks wrote the lyrics about Lindsey Buckingham as their relationship was falling apart. Buckingham and Nicks share lead vocals on the song. This is the only Fleetwood Mac song credited to all 5 members of their 1977 lineup. Since various pieces were assembled to make the song, they all had some contribution.

Check out the trailer down below and let us know what you think!