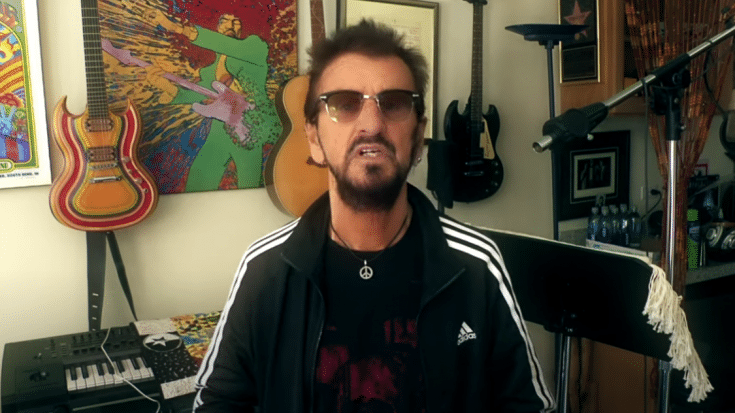 His All-Starr Band Had Their Pick Too

In 2012, Ringo Starr & His All-Starr Band sat down for an interview with Rock Cellar Magazine and shared their favorite Beatles album. Starr took his pick first and with plenty of masterpieces in The Fab Four’s canon, it would’ve been understandable if he’d find it hard to choose but he actually narrowed it down to one.

He said, “For me, that would be the second side of Abbey Road. That one is my favourite because I just love all those bits and pieces that weren’t full songs that John and Paul had been working on and pulled all together — ‘Mean Mr. Mustard,’ ‘Polythene Pam,’ and ‘She Came in Through the Bathroom Window.’”

Steve Lukather, who remains the supergroup’s guitarist said, “‘Meet the Beatles’ — that was the life changer for me, with the song ‘I Saw Her Standing There’. It was George’s solo – well, everything really. My father had bought that album for me when I was seven, and I wore that record out! It was the ‘on’ switch to my life, and every song was magic. The sound was otherworldly to me, as if something from another place and time came to touch me.”

As for drummer Gregg Bissonette, “I’d have to say ‘A Hard Day’s Night’. I was seven years old at the time, and it was the first time I heard the Beatles. I remember going to the drive-in movies and seeing ‘A Hard Day’s Night’ and hearing songs like ‘Can’t Buy Me Love,’ ‘You Can’t Do That,’ and ‘Any Time at All.'”

Bassist Richard Page admitted that he “wasn’t a huge Beatles fan in the beginning” but “All that changed when I discovered ‘Revolver,’ and then I really, really got what they were all about. That album blew my mind because it was so intricate and so interesting lyrically and compositionally.”

Todd Rundgren chipped in, “I remember hearing the song ‘Please Please Me’ on the car radio, from their debut album, and thinking, “Wow — that’s different! That’s different from the usual crap we hear on the radio.”

Multi-instrumentalist Mark Rivera then added, “Revolver, no question. I absolutely love Revolver. I love all the Beatles albums — as I like to call them, because they were albums — but that one in particular because when engineer Geoff Emerick started the recording, he just totally went against the grain.”

As for keyboardist Gregg Rolie, it was a tough question for him as he answered: “Man, there are so many of them that would be hard to choose just one.” Although he mentioned ‘Revolver,’ ‘Rubber Soul,’ and ‘Sgt. Pepper’s’, he noted that “I can’t pick just one album, because their whole career was brilliant, and to think that it actually happened over the period of nine years—all that music was created. I’ve never seen anything so prolific as that.”