Rickey Medlocke Teaches Little Ones The Ins And Outs Of “Sweet Home Alabama” – How Cool Is This? 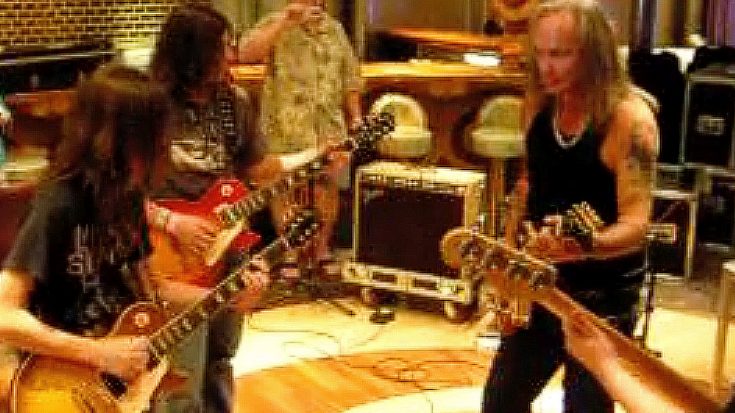 Lynyrd Skynyrd changes lives. Sorry y’all, I don’t make the rules – I just sit back and smile when I hear stories from other members of the Skynyrd Nation about all the ways the band has changed their lives for the better, going above and beyond in every way that matters to set themselves apart from every other band on the planet. It’s not just grown folks that can attest to Lynyrd Skynyrd’s magic, either; even the littlest members of the Skynyrd Nation have memories of how their favorite band inspired them to grow up to be a rockstar too, as evidenced by the lucky group of kids that got to spend the day with guitarist Rickey Medlocke back in 2008 on Lynyrd Skynyrd’s Simple Man Cruise!

For these lucky fans, it was a day jam packed with life lessons and some serious guitar playing as they huddled around Rickey to learn the ins and outs of Lynyrd Skynyrd classics they’ve known since they were babies, parents looking on proudly as they jammed “Sweet Home Alabama” and soaked up the wealth of wisdom their real life guitar hero had to share.

Meeting your hero is one thing, but having the once in a lifetime opportunity to actually sit down with him face to face and have him walk you through some of the most iconic songs the world has ever known is something far more special and it’s a memory that these kids will be telling their kids and grandkids about for years to come. That’s what the Skynyrd Nation is all about, y’all – coming together in the name of great music and sharing it with the people who will one day carry the Southern rock torch themselves!