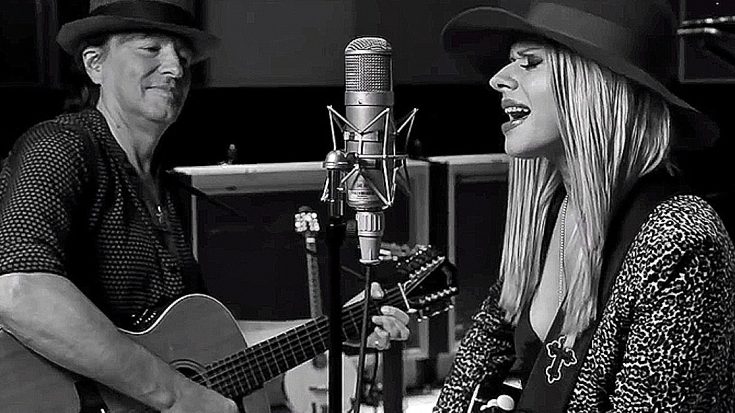 “Together I think we’ve reached something that is a new sound.”

Richie Sambora may be open to reuniting with his former Bon Jovi bandmates in the future, but right now he’s got bigger things to worry about – like his upcoming joint effort with girlfriend and guitarist Orianthi. Described as ‘Sonny and Cher on steroids,’ the duo’s upcoming album sees Richie and Orianthi flirting with country music influences, even calling them forth for a cover of Sonny & Cher’s 1965 smash hit “I Got You Babe” that was teased on Guitar World recently as the yet-to-be-named album nears completion.

Fun Fact: In 2011, “I Got You Babe” was named as one of the greatest duets of all times by both Billboard and Rolling Stone magazine.

Seen working in Capitol Studios in Los Angeles, Richie and Orianthi are kind enough to give fans a brief glimpse into what they can expect from their album, teasing with first a rough studio version of “I Got You Babe” that admittedly sounds a little…rough, followed by a more polished, final product at the very end; we’re not sure what exactly to expect from a Sambora/Orianthi collaboration, but it’s pretty well known that Richie’s got a fantastic voice and Orianthi’s skills on guitar are definitely nothing to sneeze at, leaving us to hope that their latest endeavor combines the best of both worlds for something amazing.